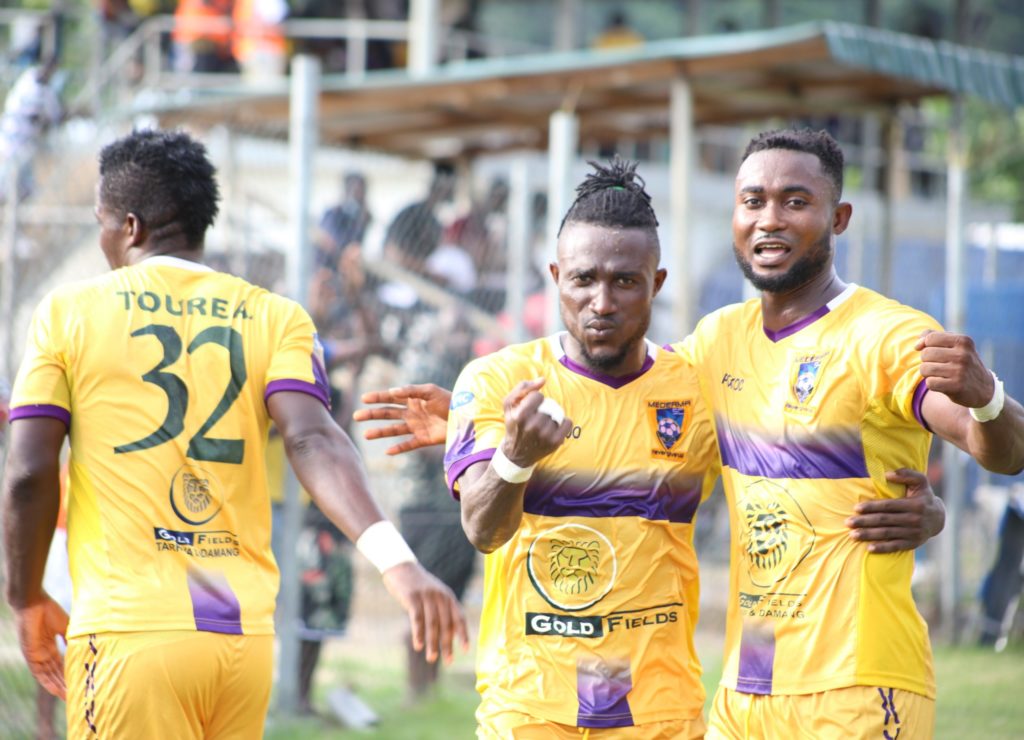 Medeama have secured qualification to the 2021-22 CAF Confederation Cup after a hard fought 1-0 win over third-tier Attram de Visser powered them into the semis against giants Hearts of Oak despite two games left to end the competition.

This is because the Mauve and Yellows is the only surviving club that has been granted provisional license to participate in the CAF inter-club competition next season.

This means Medeama will take that place after Asante Kotoko - the other club granted license to participate in Africa exited the competition.

The other two semi-finalists Berekum Chelsea and Ashanti Gold failed to submit bid, means the outcome of a potential title win will be inconsequential.

The Club Licensing Department opened a general application last month for clubs willing to participate in next season’s CAF Inter-Club competitions to apply for licence in line with the new CAF directives and timetable.

In all, six clubs, including Legon Cities, Aduana FC and Great Olympics applied for licenses.

However, the Department considered Legon Cities’ request to withdraw from the process after their elimination from the MTN FA Cup. Two other clubs who were also eliminated in the round of 16, Aduana FC and Great Olympics, failed to meet the timeline and had their applications rejected.

Hearts, Kotoko and Medeama have since received their official Award Letter with the necessary recommendations. As a result, Accra Sports Stadium and the Madina Astro Turf have been conditionally approved for  Hearts as their home venue and training facility respectively.

Medeama and Kotoko have both been given conditional approval to also use the Cape Coast Stadium as their home venue as part of the licensing process.