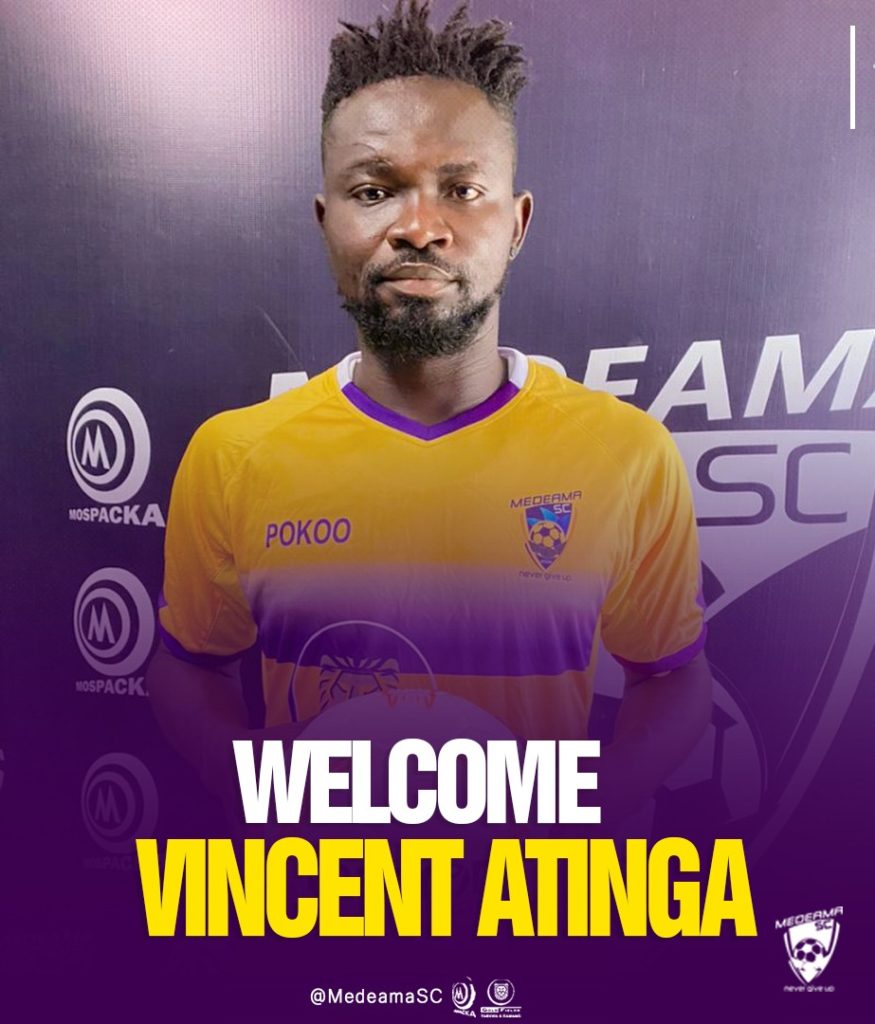 Medeama have completed the signing of towering defender Vincent Atinga on a two-and-half-year deal, the club announced on Thursday.

The 27-year-old has joined the Mauve and Yellows on a free transfer after leaving Kuwait side Al Shabab.

The former Hearts of Oak centre-back becomes the latest acquisition by the two-time FA Cup holders after the signing of Zakaria Mumuni and Benjanim Arthur.

Atinga has a rich vein of experience in the Ghanaian top-flight having featured for giants Hearts of Oak and Ebusua Dwarfs.

He was also a member of Ghana’s successful team during the 2017 WAFU Tournament.

Medeama is delighted to announce the signing of Vincent Atinga on a two and half year deal.#MEDSC #MauveandYellow 💜💛 pic.twitter.com/8vFBrps2Yr