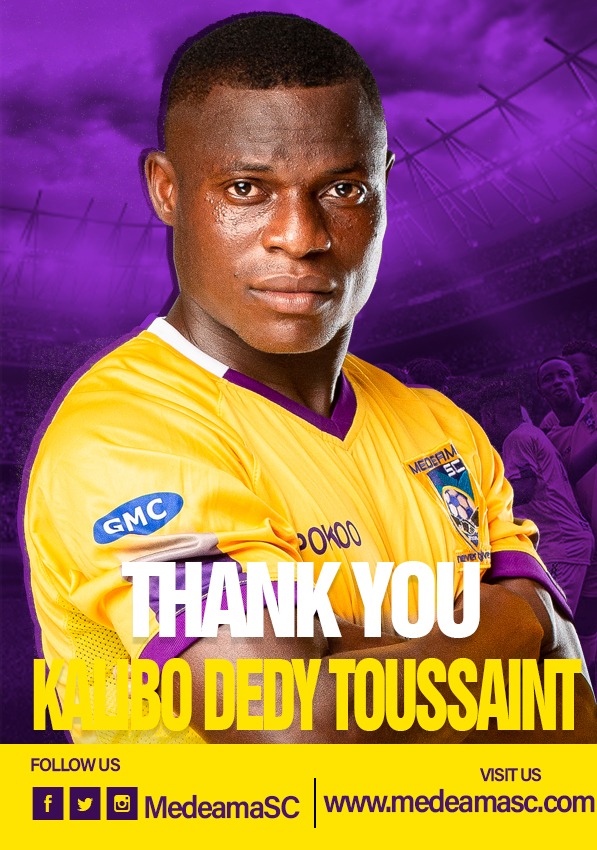 The striker has left the club following his recent struggles to break into the starting XI.

The Ivorian joined the Mauve and Yellows on a three-year deal two seasons ago but has left with a year on his contract.

He has joined Burkinabe elite division side ASFA Yennega on a permanent contract after both parties reached an agreement.

"We would like to announce that striker Kalibo Dedy Toussaint joined Burkinabe side ASFA Yennega permanently," a club statement read

"The Ivorian has left the Mauve and Yellows after spending two seasons into his three-year contract.

"Medeama have reached an agreement with the Burkinabe top-flight side for the permanent transfer of the player.

"He has since Tarkwa to join his new club in the neighbouring."

Toussaint played his part for the club in the past two seasons, scoring some incredible goals in the process at the T and A park.

However, his final year at the club was hindered by lack of playing opportunities - leaving to the decision to seek a new adventure elsewhere.