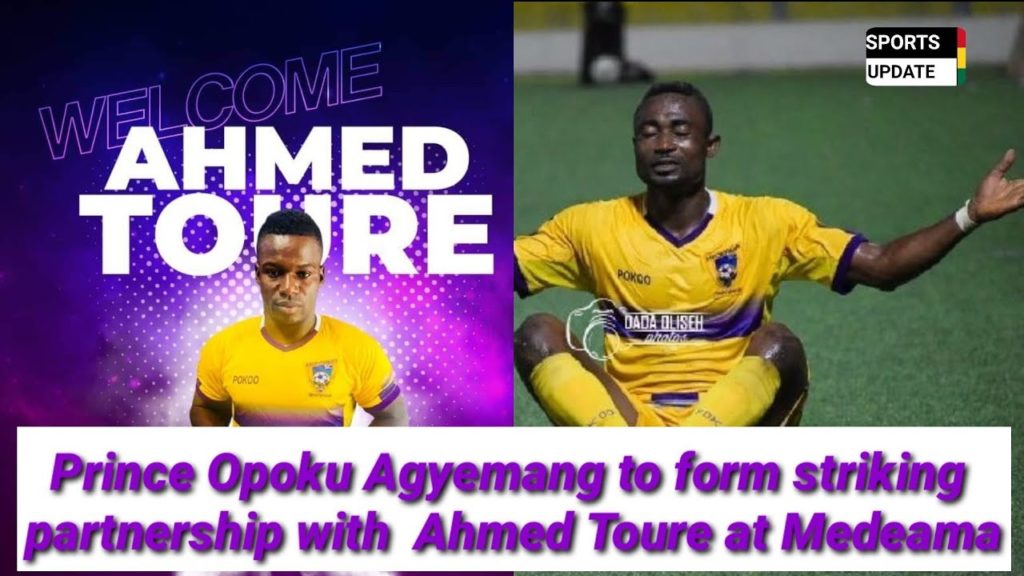 The club's marquee signing Amed Toure is expected to make his much-anticipated debut against Fearsome Sharks in Elmina on match day-15 of the Ghana Premier League.

Prince Opoku Agyemang is also available for selection after returning to the team after a short loan stint at Cape Town City FC.

The two players have received documentation to make the available when the second transfer window is opened on Tuesday February 16.

Medeama is expected to register the duo in time for them to make their debut this season - starting off with a tricky tie at Elmina Sharks on Sunday.

It's to been how the new strike partnership will pan out for the Mauve and Yellows who are desperate for oxygen after a purple patchy run of form.

They have jumped to 7th on the table with 20 points, just five behind leaders Karela United on 25 points.

The duo are expected to largely solve the attacking deficiency of the team which has affected an expected smooth run from the two time FA Cup champions.

Agyemang will partner Amed Toure and Abass Mohammed as they strive to wrestle their first Premier League title in the club's history.

Medeama - two-time champions of the coveted FA Cup, have parted ways with striker Abdul Basit Adam -who was signed as a replacement for Opoku Agyemang.

The Black Stars B striker was instrumental for Medeama in the Ghana Premier League last season where he netted 11 goals in 14 appearances.

He also provided three assists in the process.

Agyemang was part of the Ghana team that finished runners-up at the 2019 WAFU Cup of Nations in Senegal.

He joined the Yellow and Mauves at the beginning of last season following a stellar campaign in the Ghana second-tier with New Edubiase United FC.