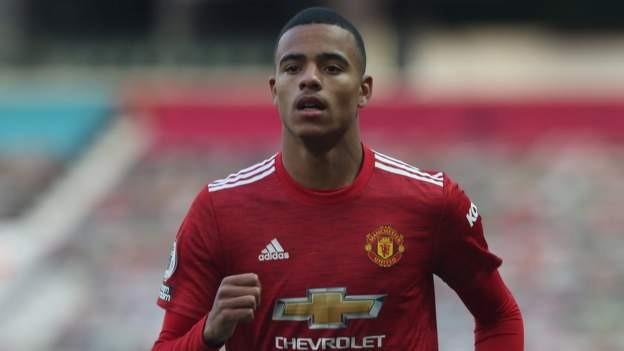 Mason Greenwood has made four appearances in all competitions for Manchester United this season, scoring once

The forward has missed United's last two games amid speculation he has repeatedly turned up late for training.

This follows on from being dropped from the England squad for his well-publicised indiscretion during the team's trip to Iceland in September.

"Mason made a mistake this summer with England and suddenly the whole English press go after him," said Solskjaer.

"I have to disappoint you [media], he is never late for training. He is never a problem when he is on the training ground. He is always on time. I have seen the stories and some ex-United players talking about him and they don't know what they are talking about.

"We have photographers outside the training ground every day, they can see he is on time every day. I don't know where these stories have come from.

"He has a good family behind him. He has had a good background in the academy. He is a good trainer. He trains really well. I cannot believe all these stories about him not being professional."

Solskjaer said it was possible Greenwood could be available for Saturday's Premier League encounter with Chelsea at Old Trafford.

Skipper Harry Maguire is also likely to be available whilst a decision on new signing Edinson Cavani, who has not played a game since March and has been building up his fitness, will be made later today.

New drama - Roadkill: Can a government minister outrun the secrets of his past?Bringing Football Back: Behind the scenes of a club reborn