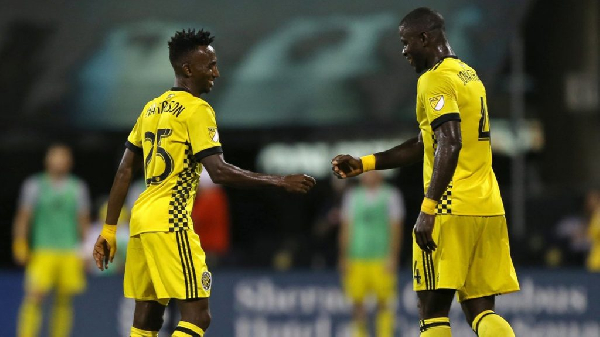 The 24th season of the MLS comprises of 24 teams (12 in Eastern Conference and 12 in Western Conference) and there are possibilities that the number of Ghanaians in the league could increase.

Several Ghanaians – born in Ghana or United States and Canada – have been part and parcel of the 24-year history of the league and this season will be no exception.

Apart from the 14 known Ghanaians, there are other players in the league who trace their roots to Ghana, and their involvement in the league will help generate much interests from Ghana.

Opoku, on the other hand, joined the Crew after last year’s SuperDraft and after a one-year learning stint, he will be hoping to catch the eyes of his coaches.

David Accam left Chicago Fire last year to join Philadelphia Union and did not have the best of a season. He will surely hope to put up a show this season, and on his side will be Derick Jones who was born in Ghana but have represented United States at the youth level.

And after using 2018 as a learning curve in the league, Ofori would like to use this opportunity to improve on his last season’s performance for the blue side of New York.

Odoi-Atsem has never hidden his intention to beat cancer and kick the global leather again and according to the DC United official website, “the No. 12 overall pick of the 2017 SuperDraft is focused on reviving his promising professional career”.

The 2018 SuperDraft was a dream come true for two young Ghanaians who were among the first 24 players drafted by various MLS clubs.

These players may not get the chance to play for their respective team A sides but it is likely that, at a certain point in the season, they may join their senior teams as it once happened to Columbus Crew’s Lalas Abubakar.

In the Western Conference, it will be interesting to see what roles the likes of Emmanuel Boateng and Latif Blessing will play for LA Galaxy and LAFC respectively during the rival weeks.

Defender Kofi Opare has joined Bismark Adjei-Boateng at Colorado Rapids and that could generate some Ghanaian interest for the club as well.

Youngsters Francis Atuahene and Emmanuel Twumasi are still on the roster of FC Dallas and they could be retained or shipped to their junior side.

Striker Abu Danladi did not have a stellar season in 2018 and as the 2019 season begins, the young Ghanaian striker will strive for more playing time that will surely result into goals for Minnesota United FC.