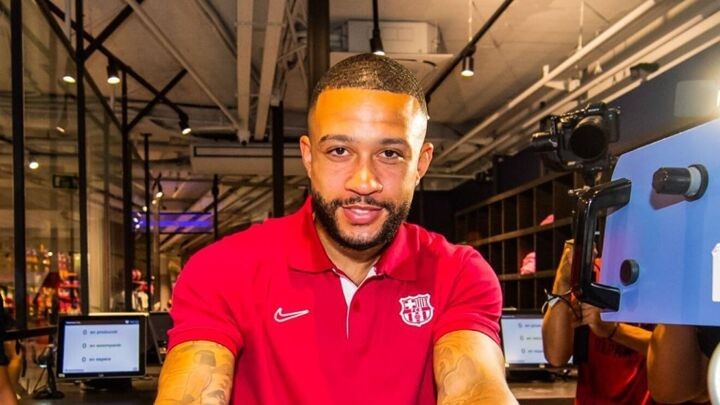 Dutch international of Ghanaian descent Memphis Depay trained with Spanish giants Barcelona for the first time after taking to the training pitch on Tuesday morning.

The striker, whose father is a Ghanaian, joined the Catalans in training after he passed a medical on Monday following his arrival at the club as a free agent.

The Dutchman dominated the media coverage of Tuesday's session at the Ciutat Esportiva Joan Gamper training complex as the team trained twice in preparation for the new season.

The attacker of Ghanaian blood will be officially unveiled at the Nou Camp on Thursday to be the only second person emanating from the West African country to have played for the great club.

Barcelona will returning to training on Tuesday night in preparation towards  their first pre-season friendly against Nastic.

He will not play in the first friendly of the pre-season as he is getting back to fitness after signing from Fench giants Lyon.