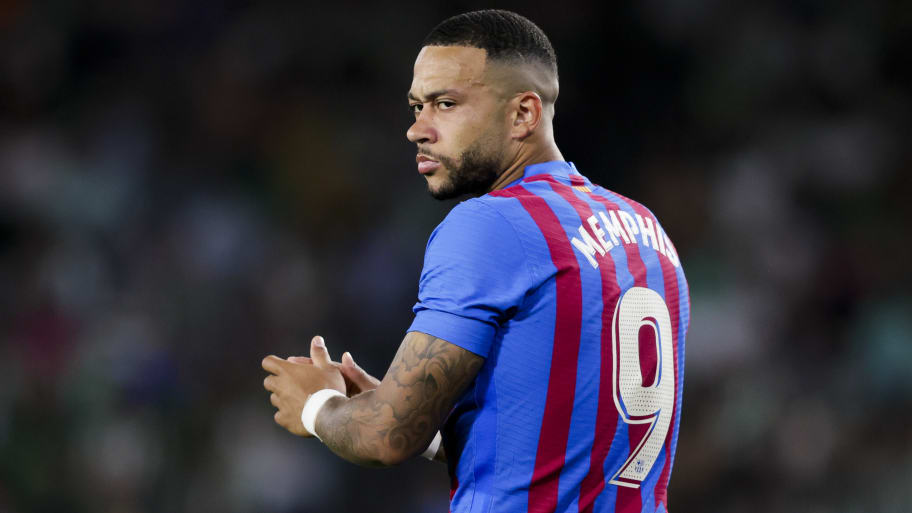 Memphis Depay is not expected to block Barcelona's attempts to sell him this summer as he eyes more regular playing time, according to reports in Spain.

A free signing from Lyon last summer, Memphis was a top target for former boss Ronald Koeman, who brought his fellow Dutchman in on a two-year contract and immediately made him the undisputed starter in attack.

Following Koeman's departure in October 2021, Memphis initially remained a regular starter under new boss Xavi - but the Spaniard wanted a full rebuild in attack and made it clear fairly quickly that he would be prepared to sell the 28-year-old.

The January transfer window saw Pierre-Emerick Aubameyang, Ferran Torres and Adama Traore brought in, while Ousmane Dembele and Ansu Fati are back healthy and impressing, leaving Memphis forced to accept more of a reserve role.

Local publication Sport state that Memphis is now ready to call time on his short spell at Camp Nou as he is worried that limited minutes at club level could impact his chances of impressing for the Netherlands at this year's World Cup.

He is understood to have attracted plenty of interest, with Tottenham one of several teams to be linked with a move for Memphis this summer.

From Barcelona's perspective, a deal would make financial sell this summer given he has 12 months remaining on his contract - another scenario that could see them potentially lose a top player for free.

Any money raised could, in theory, then be put towards signing more forwards, with the prolific Robert Lewandowski a known target.

Real Sociedad's Alexander Isak and Chelsea's Romelu Lukaku are two other names to have been churned out of the rumour mill in recent weeks, but a move for Lewandowski appears to be favoured as uncertainty clouds his Bayern Munich future.

This article was originally published on 90min as Memphis Depay 'ready' to leave Barcelona in summer.