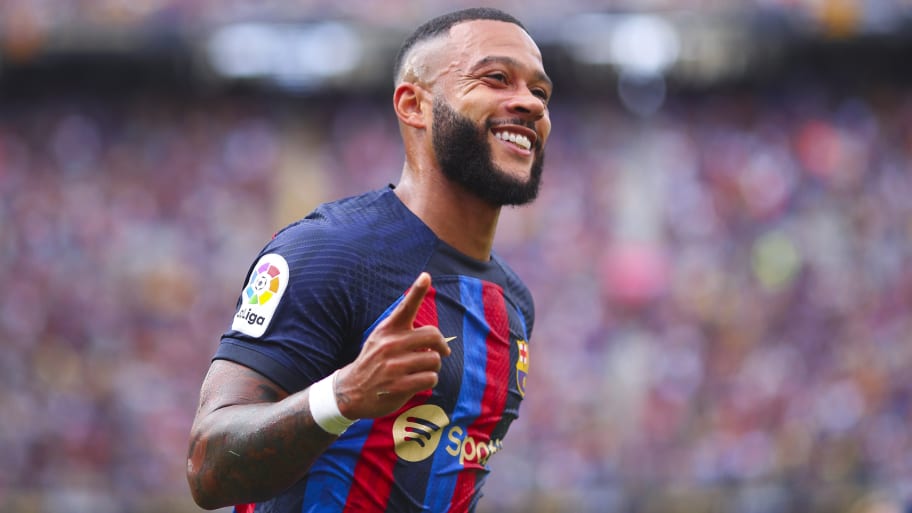 Memphis Depay has admitted that he turned down the chance to leave Barcelona in the summer, opting to stay and fight for his place at Camp Nou.

The Netherlands forward only arrived at Barça on a free transfer from Lyon in 2021, becoming a key figure in manager Ronald Koeman's final few months in the dugout.

However, injury problems and the winter signing of Pierre-Emerick Aubameyang saw Memphis fall out of favour under Koeman's successor Xavi.

Memphis' number nine shirt was reassigned to Robert Lewandowski following his big-money move from Bayern Munich, and the Dutchman was expected to leave Catalonia amid interest from the likes of Chelsea.

However, the 28-year-old opted to remain at Barcelona, and speaking to the media while away on international duty, Memphis revealed his desire to continue fighting for a place in Xavi's setup.

"Other clubs came and then you just look at your options. I decided to fight for my chance here," he said.

"I was the top scorer of Barça with Aubameyang [last season]. I love competition and I don't walk away from it. I enjoy being at Barça."

However, Memphis added that he is not happy with his current playing time and wants to play the full 90 minutes whenever possible.

"I had two starting spots in the last two weeks in La Liga. It's not enough. I get taken off after 60 minutes but I am longing for more. In the last 25 minutes of the game there is more space and I always have the power to profit from that," he added.

This article was originally published on 90min as Memphis Depay reveals why he stayed at Barcelona despite summer offers.