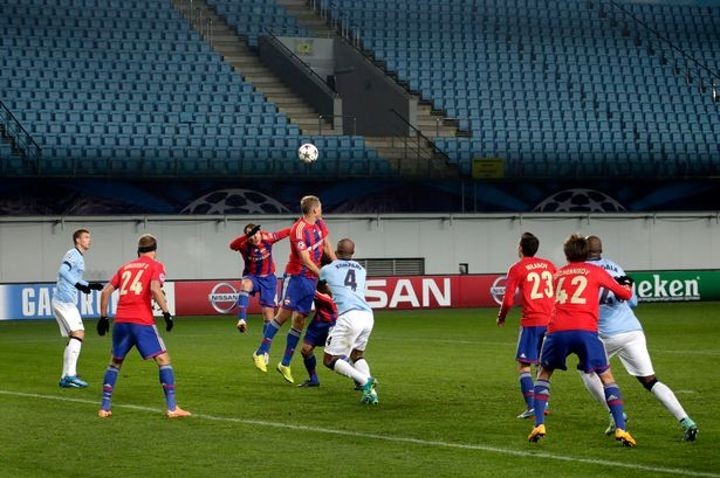 Wouldn't it be great if, in the spirit of the times, football could – just for once – put its supporters at the heart of their decision-making?

As the coronavirus pandemic takes an icy grip, the fate of the football season is the last thing on the minds of anyone with an ounce of sanity.

But life, and business, must go on, and the stakeholders of the Premier League, including Manchester City and Manchester United will sit down today to discuss the way forward.

No doubt they will talk of revenue streams, of broadcasting money, of fulfilling obligations and other means to protect the cash. It's what businesses do.

If the match-going supporters get a mention it will be a miracle.

The fact that games have been played behind closed doors in Italy, Spain and elsewhere, shows that this is now a serious proposition.

There has even been bizarre talk of a World Cup-style mini-tournament, staged in the Midlands, with games played every day.

The presumption is that the health crisis will be past its peak by June and July and that, while self-isolation and social distancing measures may have been relaxed by then, there will probably be no mass gatherings allowed.

So the Premier League might be able, with coronavirus testing, to allow teams to gather in World Cup-style training camps and then play an intensive tournament to get through the last batch of games.

The players, coaching and back-up staff would be there, TV rights holders will be there, and the league's own essential officials will also be present.

The only people who WON'T be there? Obviously, the fans, who have all paid for their season tickets, as well as making an emotional investment that the bean counters will never understand.

Football clubs, generally speaking, make a third of their revenue from broadcasting, a third from commercial deals and a third from matchday revenue.

The first two-thirds are pandered to, and caressed, and bowed down to, their every whim and fancy met, without question.

That is why travelling fans, the most loyal of the lot, are handed lunchtime kick-offs on New Year's Day, at the other end of the country, with a clear message of “like it or lump it”.

That is why they are told it is just tough when kick-off times are switched, and games hastily re-arranged, because the TV types want it that way.

It is difficult to see how supporters could be placed at the centre of this decision, even if we lived in a fair and thoughtful world where such pipe-dreams are the norm.

But it would be wonderful to emerge from this hellish tunnel in which the world finds itself by staging a festival to celebrate all the things we love about life – music, arts and sport to the fore, of course.

It's been a dark time, and we need some light at the end of the tunnel, whenever we reach it.

It would help to kick-start the economy, as those of us who are lucky enough to stay employed will be itching to spend – without leaving out those who have suffered, whether it be through the loss of loved ones, or through the trauma of losing their jobs.

Football, as the national sport, and a truly international one, would be at the heart of it – and we want full stadiums, with the joy and thrum of life which is unique to our game.

However long it takes, finish the season, in front of the fans, and then start to think about how we proceed next season – even if it means scrapping international breaks, giving the League Cup a season off, and ditching the new winter break for one year only.

The FA Cup is likely to be squeezed out of this season's plans, if we ever get to the point of making them, so it could still feature next season.

But if they can re-start the season, teams like City and United, in European competition, would have around 16 games to play maximum.

Uefa need to make the quarter- and semi-finals one leg, with home advantage based on the draw.

No need to cram the fixtures – simply play weekend-midweek, as normal, until the league season, play-offs and European competitions are completed.

But after locking football fans, and everyone else, down for weeks and weeks, don't add to the misery by also locking them out.