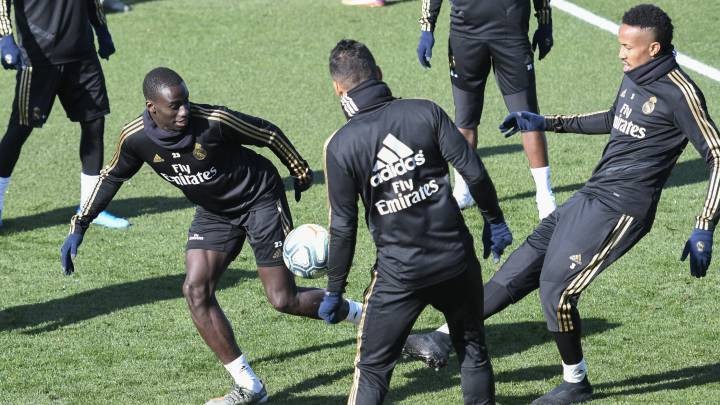 Real Madrid's outlay in the summer was significant as they bought a lot of potential but two of those players are already showing they are up for the challenge.

Eder Militao and Ferland Mendy are starting to justify their price tags. They both cost €50 million in the summer and have responded in the biggest games they have been asked to play in. They have another test on Saturday against Sevilla with the Brazilian almost certain to start in place of Sergio Ramos, who is nursing an ankle injury. Mendy, who has replaced Marcelo at left-back, could also start after a couple of fine performances at the Spanish Super Cup.

Zidane has given Mendy 1,222 minutes this season, 10th highest in the squad, with Marcelo playing just 825. Militao, on the other hand, has only played 632 with Nacho, the other back-up playing 348. Marcelo has been injured and Nacho missed a lengthy spell but it's clear how the pecking order is organising itself.

Mendy was excellent against Getafe with Militao beside him before the Spanish Super Cup when they left the Coliseum, one of the hardest places to play in Spain, and came away with a win and a clean sheet. Sevilla, however, is another story but Mendy knows how to perform against them too. Early in his career at Madrid, he played at the Ramon Sanchez Pizjuan and kept Jesus Navas quiet on the wing. One of their better crossers, Sevilla struggled without Navas' input.

This is the exact thing that convinced Zidane of Mendy's ability. Marcelo remains the superior attacker but Mendy doesn't switch off defensively. With the French left-back, they lost some threat in attack but are more solid at the back. If Zidane is looking to curb Sevilla's attacking threat, Mendy has every chance to retain his place in the starting XI.