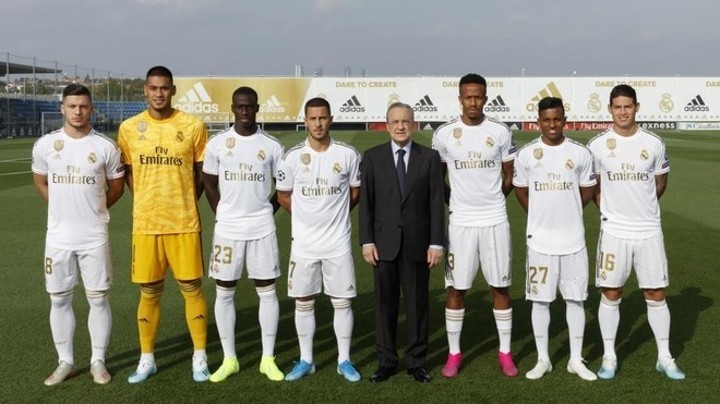 That was the club's biggest spending spree since shelling out 254 million euros on Cristiano Ronaldo, Kaka and Karim Benzema among others in 2009.

However, not all of it has been paid back yet. We've looked at the hits and misses from last summer's arrivals.

Nine months on, only one of last summer's seven new faces has been able to establish themselves in the first team. The left-back arrived for 48 million euros from Lyon and has laid down a challenge for Marcelo in his position. He's made 22 appearances - three more than the Brazilian - and was one of the defensive pillars in Real Madrid's impressive run of form in December and January.

The Belgian arrived as Real Madrid's marquee signing but has made little impact in LaLiga Santander so far. Injuries have hampered his season, with an ankle problem only allowing him to play two games since November. The suspension of LaLiga has improved his chance of featuring again before the season is out.

The striker has possibly been the most disappointing signing from the summer window. His 27 goals for Eintracht Frankfurt in the 2018/19 campaign saw Real Madrid part with 60 million euros to sign him, but he's only managed to score twice in the famous white shirt in 770 minutes on the pitch.

The Brazilian was another young player to arrive at the Estadio Santiago Bernabeu for big money and he's had to be patient in terms of playing football under Zinedine Zidane. Sergio Ramos and Raphael Varane have been undisputable in the centre of defence. Militao has also featured in four of Real Madrid's six defeats this season.

The teenager came into the team at the most precarious time of the season after the loss to Real Mallorca and helped haul Zidane and Real Madrid out of a hole. A hat-trick against Galatasaray was the highlight before his playing time grew more and more limited due to the surge in form of Vinicius Junior.

The Colombian felt like a new signing after coming back from his two-year loan at Bayern but hasn't been able to break back into the team under Zidane, partly due to injuries. As for Areola, he arrived on loan and has been an understudy to Thibaut Courtois all season.