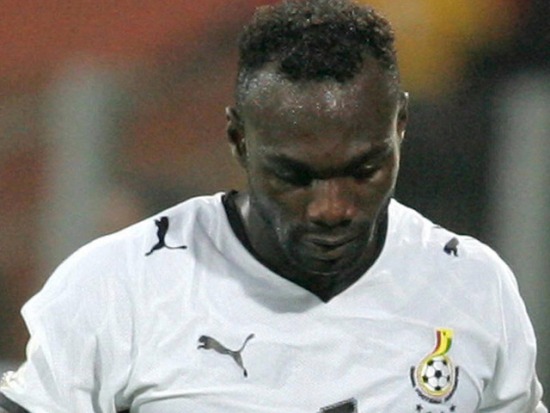 Representatives of John Mensah have rubbished reports the Ghana captain has been offered a $250,000 a year contract by Hapoel Tel Aviv.

Reports erupted earlier this week the 29-year-old has been offered the deal by the Israeli club.

However Mensahâ€™s PRO, Frank Ampadu who was quoted by Goal.com as the primary source of the news say the information churned out is false.

â€œI havenâ€™t spoken to anyone, I donâ€™t know where such information is coming from and I want all to discard the said publication and treat it with contempt,â€ he said.

â€œJohn (Mensah) is worth more than the said figures being quoted and it is ridiculous on our part for anybodyÂ Â to figure out such story since the Israeli club have notÂ come out publicly neither the media team.â€

Ampadu added: â€œHis (Mensah) websiteÂ Johntherock5.comÂ Â would come out with full details if he signs for any club but for now we wish all news on him concerning transfers is sheer speculation."