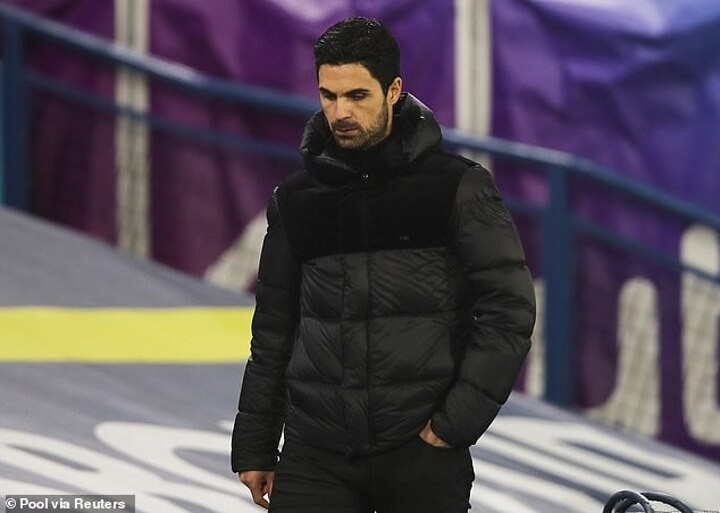 The former midfielder doubts that manager Mikel Arteta is improving the side and has lambasted captain and star striker Pierre-Emerick Aubameyang.

The Gunners have endured a poor start to the season, losing four of their opening nine fixtures.

The only positive of their league campaign was beating Manchester United at Old Trafford for the fist time since 2006, however since then they've lost 3-0 at home to Aston Villa and drawn 0-0 with newly promoted Leeds.

Arsenal are currently 12th in the table and Merson who played for the north London club between 1985-97 believes they are where they should be.

He told Sky Sports: 'You watch them and think they are a middle-of-the-table team.

Arteta has been lauded since replacing Unai Emery last December, and won the FA Cup with Arsenal in his first season in charge.

Merson however, is simply not convinced by the Spaniard.

He added: 'Where are Arsenal going? People say you can see what Arteta is trying to do, but I'm not sure. '

The Gunners traditionally have been a free scoring side, however they've only managed nine so far in the league, only the bottom four teams have scored as few.

Aubameyang only has two goals to his name this season and none from open play in the Premier League since signing a new contract with the club.

Merson said: 'Aubameyang is bringing absolutely nothing to the party at the moment. He played central (against Leeds) and he was ineffective as he was before.'