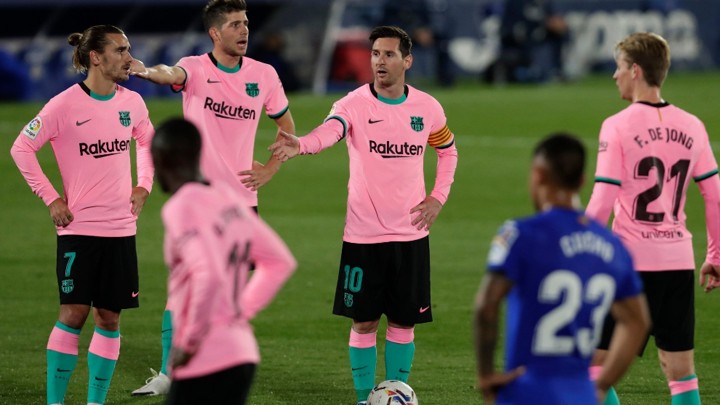 Although Lionel Messi is still around, Barcelona go into the start of their Champions League campaign with restrained expectations. After their humbling exits from Europe in recent seasons, the Catalan club aren't as confident as before.

Last season's 8-2 thrashing at the hands of Bayern Munich set the ball rolling for wholesale changes at the Camp Nou and, despite the likes of Luis Suarez and Ivan Rakitic being allowed to leave, Messi ended up staying.

Eliminations to Roma, Liverpool and Bayern have contributed to this lack of optimism in the Champions League at the Camp Nou, but Ronald Koeman remains relatively ambitious.

"At Barcelona you have to play to win titles, domestically and in Europe," Koeman told the press on Monday. "But there are strong teams and you have to prove your credentials.

"After what has happened [at the club] we're not the favourites, but we can go far."

Barcelona have not won Europe's top prize since 2015. This season, they go into the Champions League with turmoil all around. Messi has stayed, somewhat against his will, but the club are facing financial difficulties, while its president Josep Maria Bartomeu has a vote of no confidence to contend with.

After such a tumultuous summer, you can't blame Messi for starting off the campaign a little slowly, although Koeman is standing by his skipper.

"I think his performances could be better," Koeman added on Monday. "But seeing him day to day I can see that he's happy and training well.

"He's focused, he wants to be the captain and he wants to play. I have no complaints nor doubts about him."

On Tuesday, Ferencvaros present Barcelona's first test of their Champions League journey. The Hungarian side haven't featured in the competition since 1995 and are major underdogs in a group also containing Juventus and Dynamo Kyiv.