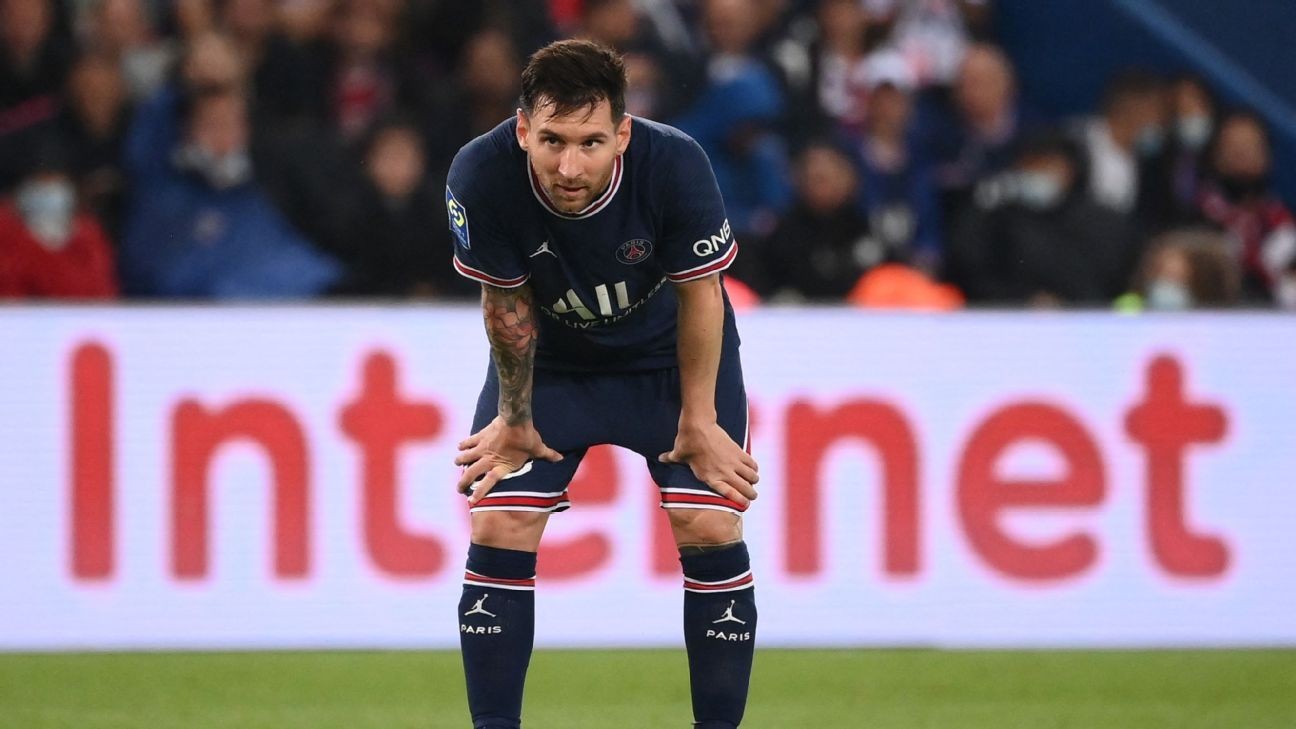 Lionel Messi has been ruled out of Paris Saint-Germain's Ligue 1 clash at Metz and is a doubt for the Champions League game against Manchester City after picking up a knee injury.

Messi was substituted on his home debut in PSG's victory over Lyon on Sunday and the club has announced he is set to undergo scans after suffering a knock.

A club statement on Tuesday read: "Lionel Messi, following the knock received on his left knee, has undergone an MRI this morning which confirms the signs of bone contusion, a new assessment will be made in 48 hours."

Messi, who joined the French giants from Barcelona on a free transfer this summer, has failed to contribute an assist or goal in his first four matches for his new club.

When asked about Messi's situation at a news conference, PSG manager Mauricio Pochettino replied: "The club has already communicated Leo's situation and it's clear.

"We had seen that Messi was touching his knee. I'm very happy with what he did during the match [against Lyon]. After 75 minutes, taking into account the information we had, we made the decision [to bring him off].

"Messi is a great champion and like all great champions, he didn't want to come off. I'm happy with his commitment and his performance. He hasn't scored yet but he played very well."

The Argentina international is also likely to miss the league game against Montpellier on Saturday but PSG will be hopeful he will return to action for the trip to the Etihad next Tuesday.

PSG were held to a shock draw at Club Brugge in their Champions League opener last week.