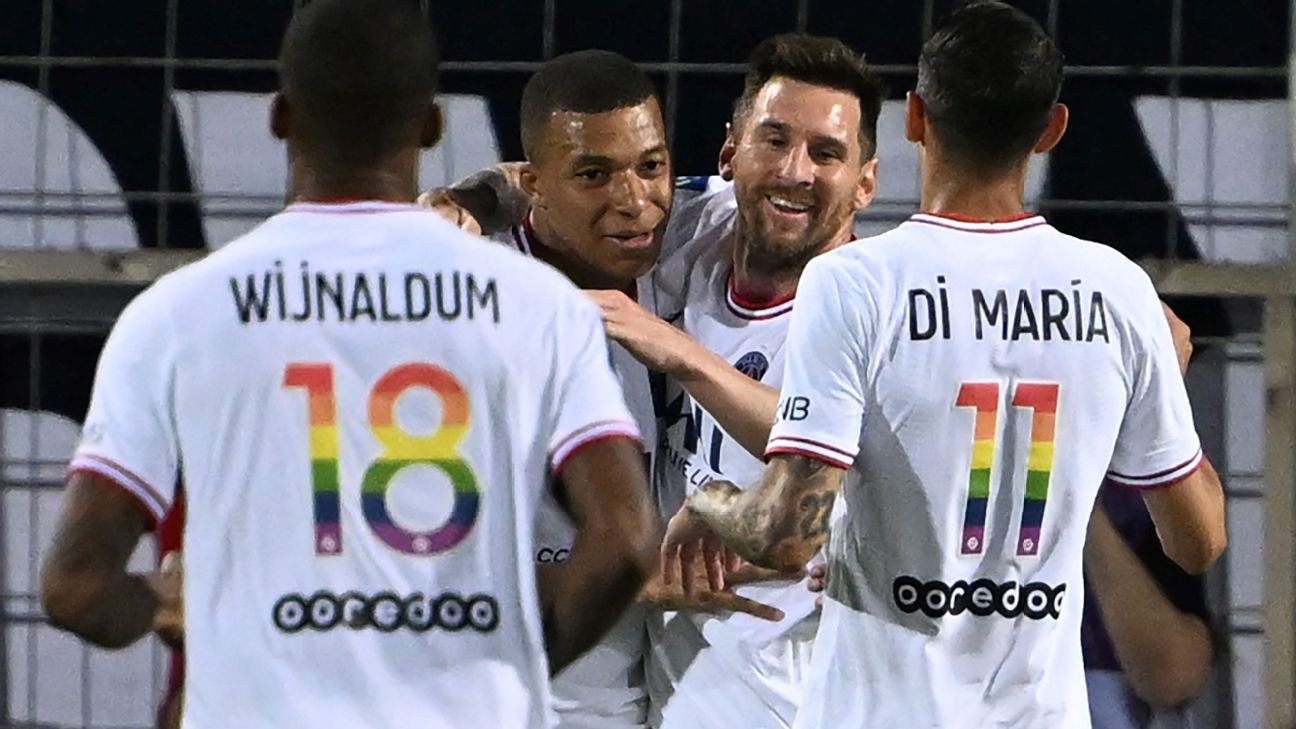 Lionel Messi is congratulated by Kylian Mbappe after scoring one of his two goals for PSG against Montpellier on Saturday. AFP via Getty Images

Lionel Messi scored twice as already crowned champions Paris Saint-Germain cruised to a 4-0 victory away at Montpellier on Saturday.

Messi scored in the sixth and 20th minutes to take his season tally in Ligue 1 to six goals. Angel di Maria made it 3-0 before the 30-minute mark was even up before Kylian Mbappe struck home a fourth from the penalty spot in the second half.

With one game of the season remaining, PSG have a 15-point advantage over second-placed Monaco. Montpellier are down in 13th position.

Also on Saturday, Ben Yedder scored a hat trick to put Monaco on the brink of securing a direct Champions League spot for next season as they stormed back to beat Stade Brestois 4-2 at home for their ninth consecutive victory in Ligue 1.

Monaco were trailing 2-0 at their Louis II stadium after 23 minutes but Ben Yedder reduced the arrears before the break and netted twice in four minutes early in the second half with Kevin Volland also on target to lift them up to second place on 68 points with one game left.

Olympique de Marseille slipped down to third, on goal difference, when they slumped to a 2-0 defeat at Stade Rennes.