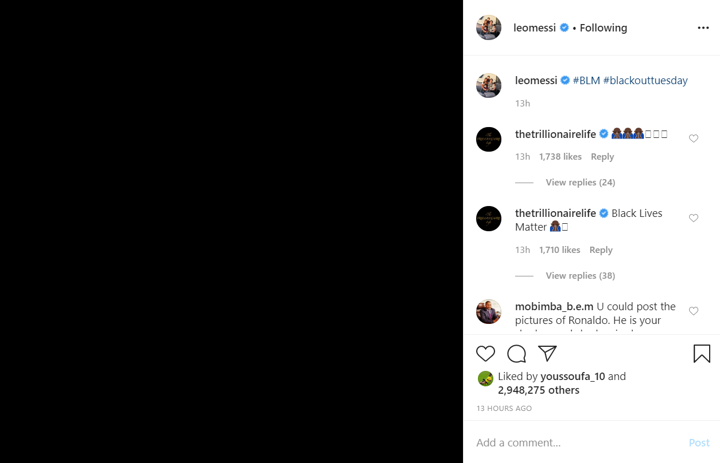 People around the world have been joining an initiative started by the music industry under the hashtag #blackouttuesday on Tuesday.

The campaign relates to a disconnection from commercial activity and social media in protest at the death of the African-American George Floyd at the hands of the police in the United States.

Mass protests have followed across the U.S this week and a number of high profile people have added their name to the cause this week in support of black people worldwide.

Among them is Barcelona star Lionel Messi, who published a black screen on his Instagram account with the relevant hashtags. In less than 15 minutes, he's had over half a million likes.

Bundesliga players called for action on the pitch over the weekend. Marcus Thuram, Jadon Sancho and Achraf were among those to display messages or celebrate in a meaningful way.