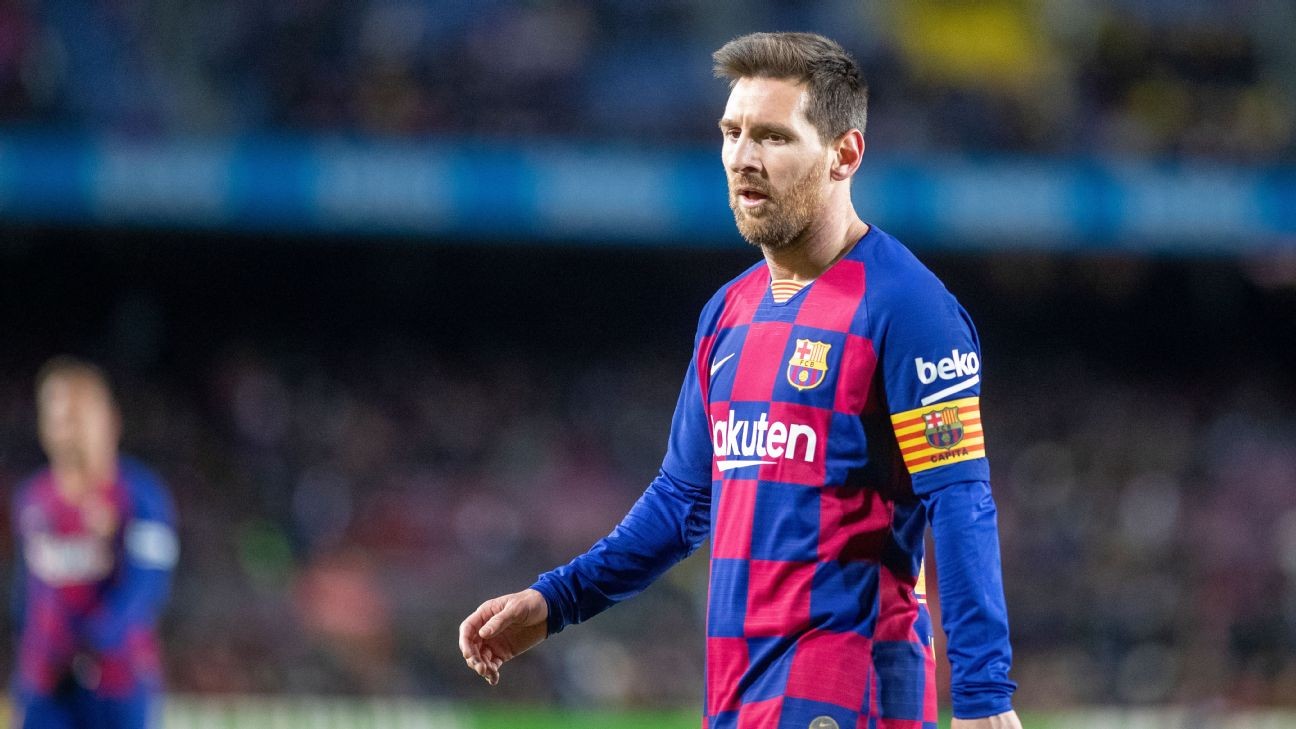 Shaka Hislop sees the '"nucleus" of a solid team developing at Real Madrid after their win vs. Atletico.

Lionel Messi has been struggling with a thigh problem for several weeks but continues to play through the pain barrier with Barcelona's attacking options severely depleted, sources have told ESPN.

Sources at the club say there are no major long-term concerns about the problem but there is an awareness that it needs to be managed carefully.

Despite not operating at peak fitness, Messi's performances on the pitch have been largely unaffected -- he set up both goals in Sunday's 2-1 win against Levante.

But sources said that the changes to training since Quique Setien replaced Ernesto Valverde as first-team coach in January have had a negative effect on the discomfort Messi has been managing in his left thigh.

"The sessions are different and some of the drills are more intense," one source told ESPN. "Some players seem to be feeling the fatigue a bit more and that's when the pain can appear."

Barca could ill-afford to be without Messi at the best of times, and Setien's small squad is now stretched to the limit. With Luis Suarez out until May and Ousmane Dembele still not recovered from a hamstring injury, the Spanish champions have just three fit forwards: Messi, Antoine Griezmann and 17-year-old Ansu Fati.

The problem is different from the injury that sidelined Messi for around six weeks at the start of the season. He missed five matches with a calf strain before eventually making his first appearance of the campaign as a substitute in Barca's goalless draw with Dortmund in the Champions League in September.

Since then, Messi has been involved in almost every game, only sitting out the league fixture against Getafe with a minor knock and the Copa del Rey match at Ibiza, when he was rested.

Despite making a slow start to the season, and the problems with his thigh, Messi's numbers remain good. He's the top scorer in La Liga with 14 goals and has created more goals than anyone else in Spain's top flight, laying on eight assists for his teammates.

Ansu, who scored twice in Sunday's win against Levante, is still technically registered to the club's B team, meaning Setien only has 14 fit first-team players, with Neto and Arturo Vidal also injured.

Vidal is expected back this week but the wait for Dembele's return will go on. The 22-year-old winger had to drop out of training on Monday due to muscle fatigue, and the club have not confirmed when he's expected back in action.

Barca's depth will be tested with two tough away games in the space of four days this week as travel to Athletic Bilbao for a Copa del Rey quarterfinal on Thursday, before facing Real Betis in the league on Sunday.