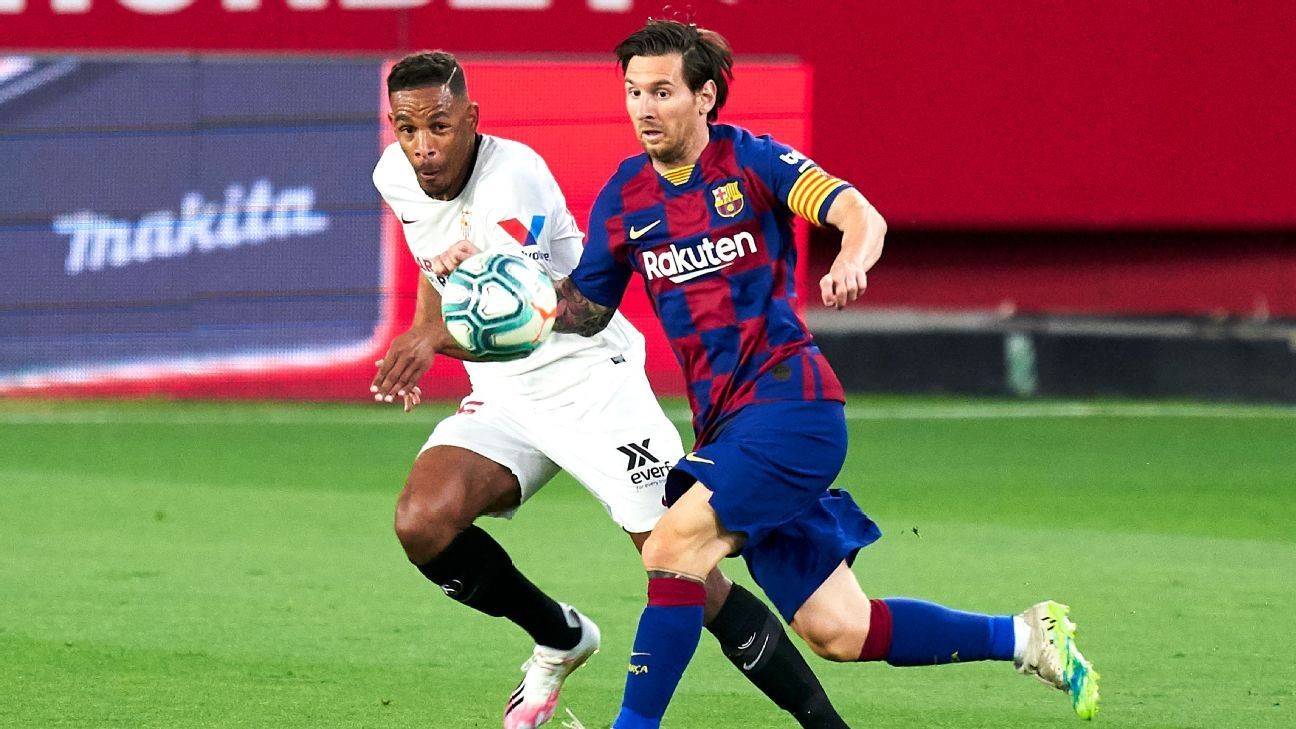 Barcelona forward Lionel Messi scored his 700th career goal on Tuesday, scoring from the penalty spot to put his team ahead against Atletico Madrid in a home match at Camp Nou.

Messi, who converted a cheeky panenka spot kick to reach the milestone, has now scored 630 times for Barca in 724 appearances in all competitions and another 70 for Argentina in 138 caps.

He's the top scorer by a distance for both club and country, having overtaken Barca legend Cesar Rodriguez (232 goals) in 2012 and former Argentina international Gabriel Batistuta (52 goals) in 2016.

Since 2014, he has also been La Liga's all-time top scorer. The record was previously held by ex-Athletic Bilbao striker Telmo Zarra, who scored 251 top-flight goals. Messi is currently on 441. Cristiano Ronaldo scored 311 for Real Madrid before his 2018 move to Juventus.

Messi, who turned 33 on June 24, has now scored 22 goals in La Liga this season following Tuesday's effort. He brought up 20 for the 12th consecutive season in a 4-0 win at Mallorca earlier this month and was also on target three days later in the win against Leganes.

However, he has work to do if he wants to win the European Golden Shoe for the seventh time in his career -- and the fourth season in a row.

Robert Lewandowski leads the way with 34 Bundesliga goals, which equates to 68 points, while Messi's 22 goals are worth 44 points. However, the Barca man still has five games to go, whereas Bayern Munich are done playing for the season after winning the league title again.

Messi has a contract until 2021 at Camp Nou. A clause recently expired which would have allowed him to leave for free this summer, ensuring he remains at the club for another 12 months.

President Josep Maria Bartomeu plans to hold talks with his father and agent, Jorge, in the coming months. There is currently no rush, though, with Jorge currently in Argentina and Bartomeu happy to wait until some form of normality returns following the coronavirus pandemic.