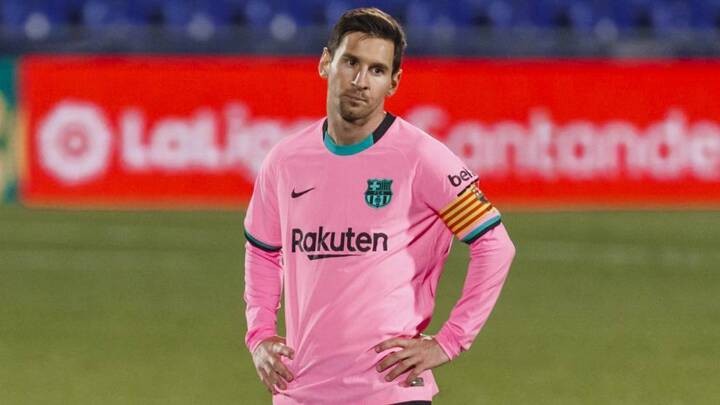 When Lionel Messi isn't on form, Barcelona find it difficult to get results. You just have to look at the recent matches against Getafe and Sevilla to understand that.

The Argentine didn't really turn up in either game, failing to make an impact at the right end of the pitch. He scored in neither encounter and games in which he doesn't find the net aren't as rare now as they were before.

- One goal this season

Obviously, it's virtually impossible to keep up his previous numbers. Now at the age of 33, the Barcelona captain isn't going to be scoring 50 goals per season.

Last term, Messi scored 31 times in all competitions - as most players would love to do - but you get the feeling his goalscoring output is reducing.

His tally of 25 goals in LaLiga Santander was his lowest for over a decade and his total of three goals in the Champions League the fewest in 15 years.

In fact, Messi failed to score in over half of his league appearances last season - 17 out of 33 games in LaLiga Santander.

With those statistics behind him, Messi hasn't been able to hit the ground running at the start of the 2020/21 campaign either, scoring just one goal so far in the opening fixture against Villarreal.

"I think his performances could be better," Ronald Koeman said of his No.10's form this season.

"But seeing him day to day I can see that he's happy and training well.

"He's focused, he wants to be the captain and he wants to play. I have no complaints nor doubts about him."

The feeling in the Barcelona dugout is more or less the same amongst Blaugrana supporters, who have no doubts over Messi's ability. What's clear is that, in what could be his final season at the Catalan club, the Argentine won't want to disappoint.

There's a long way to go this season and the best version of Messi is yet to come.