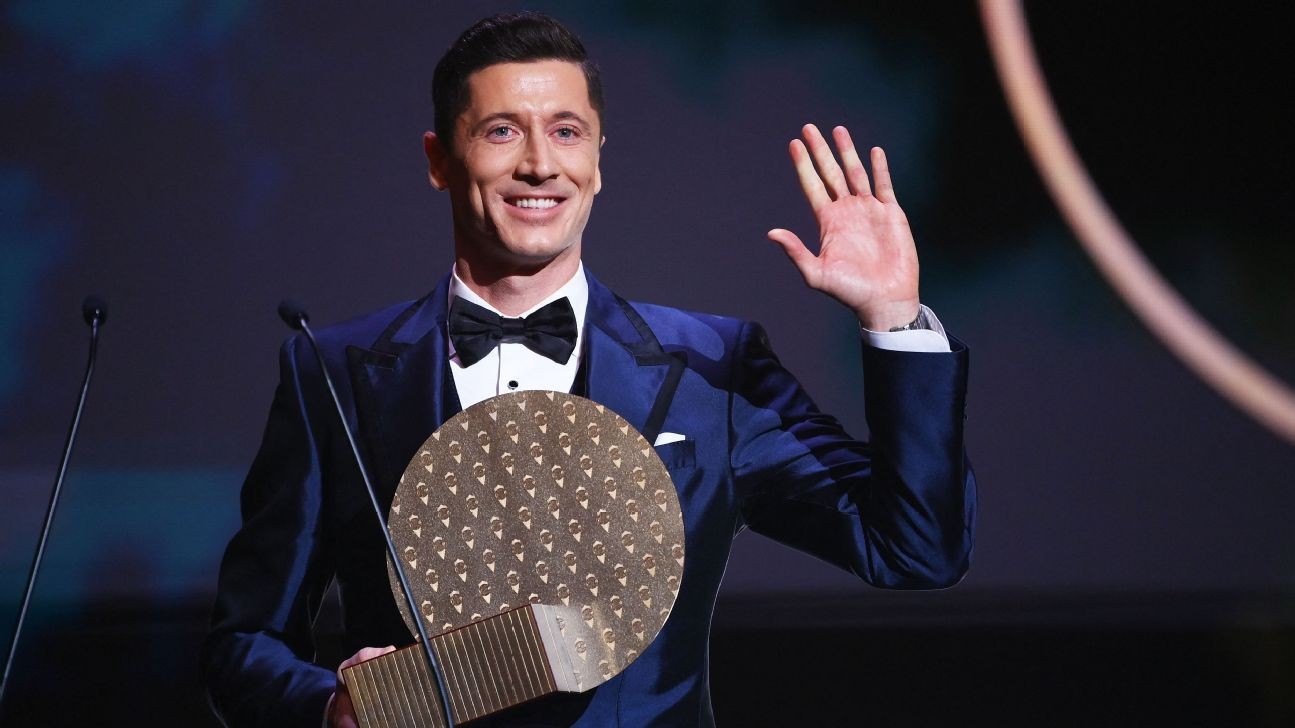 Lionel Messi has said that Robert Lewandowski deserved to win the 2020 Ballon d'Or award after the Paris Saint-Germain forward picked up the trophy for a record seventh time on Monday.

Lewandowski played a key role in helping Bayern Munich complete the Quadruple in 2020 but last year's Ballon d'Or ceremony wasn't held due to the COVID-19 pandemic.

France Football, who organises the Ballon d'Or, created a new Striker of the Year award for the 2021 edition which they gave to Lewandowski.

"Robert, you deserve your Ballon D'Or. Last year, everyone was in agreement to say that you were the big winner of this award," Messi said in his speech.

"Hopefully France Football will give you the 2020 Ballon d'Or. We all believe you deserved it and I hope you can have it at home."

Messi earned 613 points in the voting for the trophy while Lewandowski scored 580.

Messi, who led Argentina to Copa America success in Brazil in July for their first major trophy since 1993, spent the majority of 2020 at Barcelona before his 21-year stay at the club ended when he left on a free in August and joined PSG soon after. However, some were unimpressed that Messi received the award.

"Each time I find it harder to believe in football awards," former Spain and Real Madrid goalkeeper Iker Casillas wrote on Twitter.

"For me, Messi is one of the top five players in history, but they have to start to know how to list those that have stood out the most at the end of a season. It's not that hard! Others make it difficult!"

Toni Kroos also said on his podcast that Madrid teammate Karim Benzema should have been handed the award over Messi.

"First of all I have to say that I am not interested in individual awards at all," he said. "But if they already exist, then they should also be fair. In my opinion that isn't the case at all this time.

"For me, Benzema should have been number one if you were really looking for the best individual player of the last year, because I can see from close quarters how outstanding he is.

"There is no doubt that Messi, next to [Cristiano] Ronaldo, is the player of the decade and has qualities that others will never have. What is wrong with the choice above all is the first place."