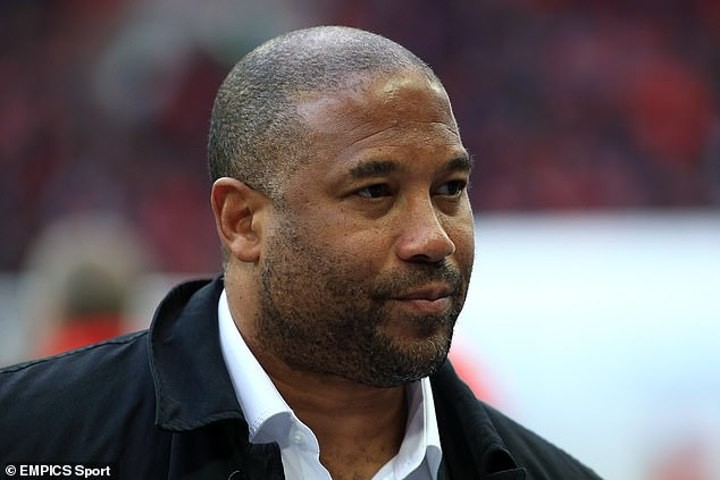 The former Liverpool forward included four of Jurgen Klopp's world champions, selecting Robert Lewandowski and Sadio Mane instead of the Juventus superstar to partner Lionel Messi in a front three.

Barnes made 384 English top-flight appearances and flooded six players into his XI, with Reds keeper Alisson selected as the world's best between the sticks.

'Cristiano Ronaldo is still an effective player, but he is not the power that he once was,' Barnes told Bonus Code Bets while selecting his team.

'My favourite player of all time has to be in there, Messi. He speaks for himself.

'I’ve gone for Lewandowski because if you’re playing in a game where it’s tight and you want to get the ball in the box, you need a centre-forward like Harry Kane or a Lewandowski.

'For me, Lewandoswki is the best no.9, a classic number nine. When you’re talking about an Ian Rush standard, he is the one for me in this team.'

The Portuguese icon has already equalled his goal tally for last season though, and looks determined to bounce-back at 35-years-old.

Barnes chose Virgil van Dijk in his defence, saying the centre-back is the 'best player in the world' and partnering him - through gritted teeth - with Sergio Ramos.

'Unfortunately for Liverpool fans, the player I have alongside Virgil is Sergio Ramos, which the Liverpool players wouldn’t really like!

'But over the last ten years he’s consistently been one of the best centre-backs. This is a defender who knows how to defend.

'Ramos and Van Dijk would be impenetrable, he’s got to get into the side, for me.'