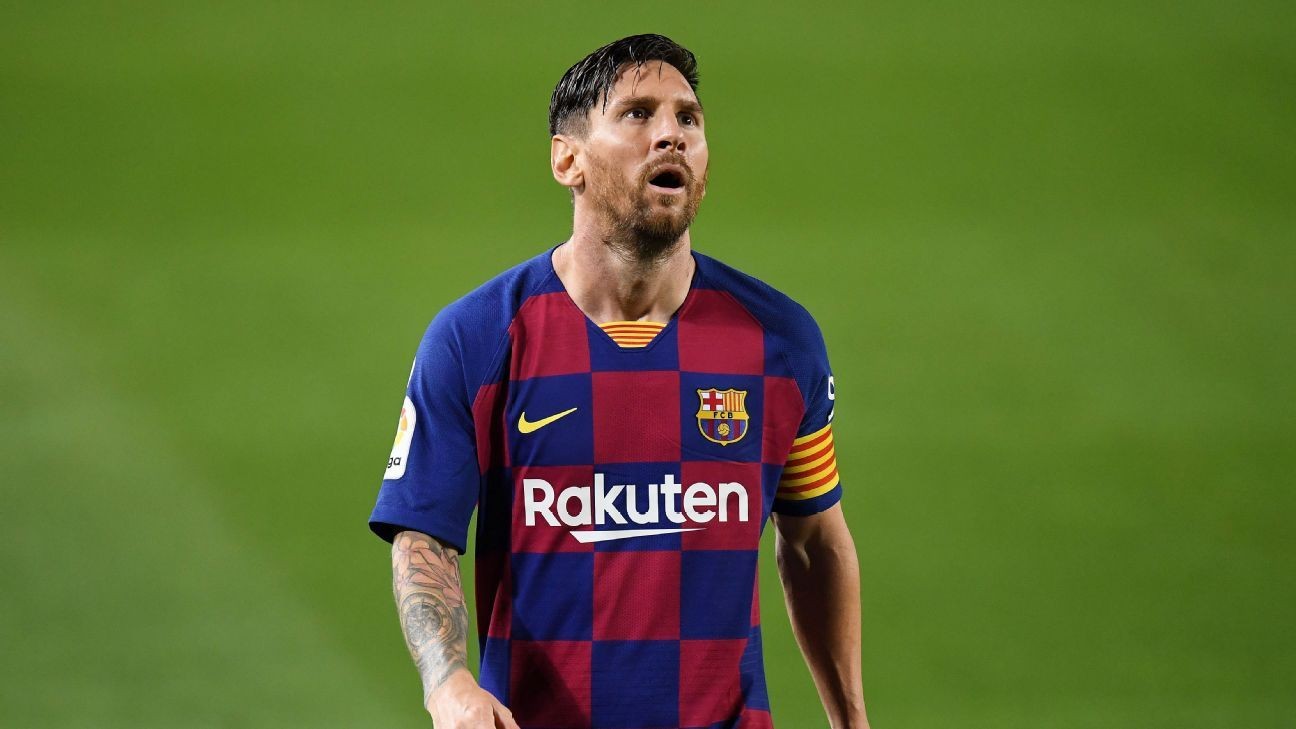 Barcelona president Josep Maria Bartomeu has said he is convinced that Lionel Messi will retire at the club in "three or four years."

Messi, 33, is tied to the La Liga giants until June 2021 and has yet to sign a contract extension.

"It's not just me that says so but Leo has always said it, that he wants to end his professional career at Barcelona," Bartomeu told beIN Sports. "I think it's the club of his life. It's a man for a club and it's the best club for him."

Reports of a renewed interest by Internazionale to sign Messi coupled with rumours that the Argentina international's contract negotiations with Barca had been called off has led to speculation that the player could leave next summer.

But Bartomeu said he is not worried about Messi leaving the club and expects him to sign a new contract.

"I am certain that it [contract extension] will happen," Bartomeu said. "I have no doubt that Leo Messi in three, four, many years to come will retire at Barcelona.

"He arrived at the club when he was young, he grew up here, he feels the colours. He is a very important part in our history. He is the best player in the history and he is at Barcelona. It is very clear to him that this is his all-time club."

La Liga president Javier Tebas recently said he hopes Messi will play in Spain for the remainder of his career. The league lost Cristiano Ronaldo two years ago when the Portugal forward left Real Madrid to sign for Juventus in a €100 million transfer.

Messi scored 25 league goals for runners-up Barcelona this season and won his seventh La Liga golden boot -- and his fourth in a row. He expressed his frustration after Real Madrid were crowned La Liga champions for the first time since 2017.

However, Messi and Barca are looking to finish the season strong by lifting the Champions League trophy.

"We have made positive self-criticism among us all and we are in a situation in which we know where the possible errors are and where we need to grow to correct them," Bartomeu said, ahead of Saturday's Champions League Round of 16 return leg against Napoli. "We are ready and with renewed enthusiasm."

Bartomeu, meanwhile, said his club will only restart talks with Inter over the potential signing of Lautaro Martinez once the season is over. The 22-year-old is seen as a potential successor to Luis Suarez at Barca.

"We are focusing on the international games," he said. "Once the Champions League is over, we will talk to Inter. But that issue is absolutely halted.

"We have very good players. We want to bring good players but at times there are complicated situations."