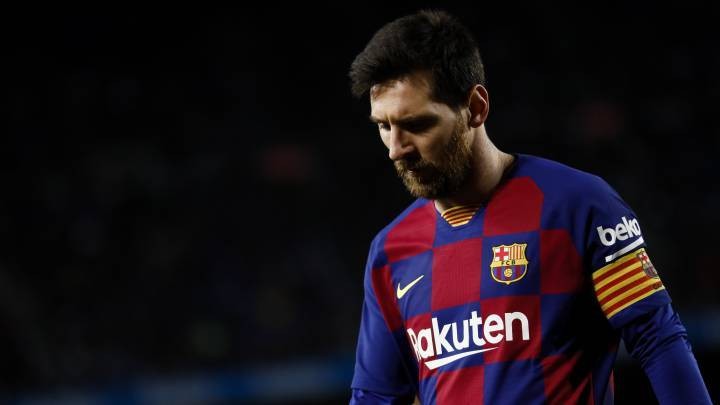 The Barcelona captain has taken to social media for the second time in less than two months to launch an attack on the club's directorate.

A long time has passed since Lionel Messi used the radio waves to criticise Barcelona then-vice-president Javier Faus over the fact that a player had to renew his contract every six months.

“Faus doesn’t know anything about football and wants to run the club like a company,” said the Argentine superstar, who, these days, prefers to send messages over social media. Using harsh, concise and resounding language, it is not necessary to read between the lines of Messi’s statements to get an idea of the current mood within the Camp Nou dressing room.

The 32-year-old striker has now used his Instagram account on two occasions this year to issue a statement in the function of captain. The first came in early February, when he severely criticised sporting director Eric Abidal over comments made about the players’ commitment under sacked coach Ernesto Valverde. Abidal had questioned the squad’s professionalism, claiming some of them “didn’t work so hard” under the former manager. Messi’s cold-but-revealing response to Abidal’s comments was made almost instantly on his Instagram account.

"To be brutally honest, I don't like doing these things but I think that every person has to take responsibility for their own duties and the decisions they take. That includes the players, in what goes on out on the pitch - but we are the first ones to recognise when we haven't played well,” he said.

“Those in charge of the Technical Area also need to assume their responsibilities and above all, the decisions that they make. Lastly, I think that when someone mentions players, they should give names because if they don't, they are tarring everyone with the same brush and fuelling gossip - a lot of which is not true".

Following Messi’s scathing reproach of Abidal, President Josep Maria Bartomeu was forced to step in to clear the rapidly heating air between the two.

However, not even two months has passed and Messi has taken to Instagram again. And it also comes not long after the captain was forced to explain that he had been unaware of the existence of social media accounts allegedly used to tarnish the reputation of him and other players and figures associated with the club. "It is all very strange,” said Messi of the situation, in which the board allegedly hired a PR company to create the accounts.

In his latest Instagram post this Monday, Messi published another harsh and resounding statement which took aim at the club’s management, after it was confirmed the squad would take a 70% salary cut during the coronavirus crisis. While taking the opportunity to explain why it had taken so long for the decision to be announced, the captain also took a swipe at the club’s directorate.

“It didn’t surprise us that inside the club there are some trying to put us under the microscope and pressure us into doing something that we were always clear we would do. In fact, if the agreement came a little late is it because we have been looking for the formula to help the club and also the workers of the club at this difficult time,” read part of his statement.

Read the statement in full here.

Barcelona: growing distance between squad and board

Messi’s statement – a calculated and thoughtful response that was in no way written in the heat of the moment – marks a new standoff between him and the club, as the distance between the squad and the board grows more evident by the day. The Barça veteran appears fully aware of the weight of his words and at whom he is launching this attack.

Bartomeu and the board have been left in the middle of a crisis amid the club’s already difficult situation – a situation which, if endured, will be “thanks to the results of the first team”, as Gerard Piqué had previously pointed out.