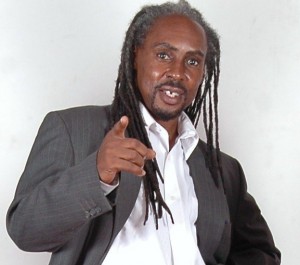 Local television station Metro TV have threatened to boycott Asante Kotoko matches in the Ghana Premier League following an attack on two of their journalists.

Commentator Christopher Opoku and his summarizer Nana Agyemang were heckled at the Baba Yara Stadium after Kotoko's 1-0 win over defending champions Berekum Chelsea.

The irate fans were believed to be unhappy with comments from the two seasoned journalists after referee Joseph Lamptey awarded a controversial penalty to the Porcupine Warriors with 10 minutes remaining in the top-flight league.

Nathaniel Asamoah was fouled in the box by goalkeeper Ernest Sowah but television replays showed there was no contact.

But some of their fans took offence and attempted to vent their spleen on especially the ex-Okwahu United but for the timely intervention of Opoku who shielded his colleague.

"I want to state on record that we're not going to cover Kotoko matches again and we are making an official report to the PLB to that effect," Metro TV's Head of Sports Christopher Opoku told Accra-based Happy FM

"After the game we wanted to go and see our crew members only to be attacked by some fans for no apparent reason.

"I had to serve as a shield to Nana Agyeman otherwise it would have been an untold story.

â€œThey destroyed two of our very important cables and I tell you we wonâ€™t cover their matches again,â€

â€œThe penalty against Kotoko was not correct and television replays showed that. But at the first instance we all thought he was spot on until we saw it again. And what is wrong if we commented on it?

"I remember using the word 'con' to describe Nathaniel Asamoah who fooled the referee and all of us in awarding the penalty.

"I am sorry to say this must all these acrimony against us was started by Kumasi-based Angel FM and it's unfortunate."