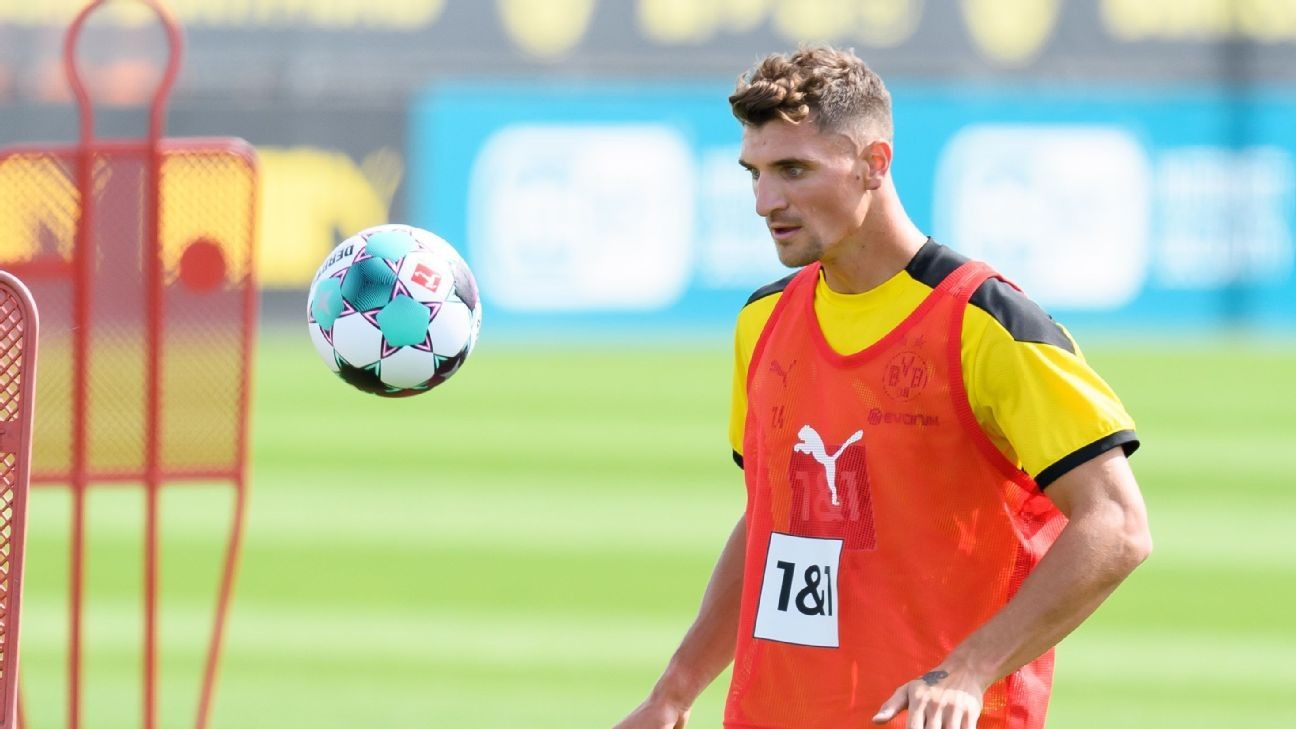 Meunier, 28, left the Ligue 1 champions to join Dortmund on a free transfer in June after four seasons in the French capital.

Meunier won three league titles during his time at PSG but said he was surprised by the level of partying at the club.

"Nothing but birthday parties -- incredible," the Belgian defender told RTBF. "When I was at Bruges, we'd celebrate birthdays by playing darts or pool in a bar, but here it's just outrageous.

"But that just reflects the club: hire a palace, hire a building, parties with hundreds of people. That's when you see that they're more than footballers; they're stars.

"I always had a good time but it was all a bit extravagant and 'did you see me?' But that's part of it, part of the game."

PSG boss Thomas Tuchel clashed with forward Neymar in February after the Brazilian hosted a birthday party with his teammates two days before a league match against Nantes.

Meunier also said he was unimpressed with the way PSG behaved before his transfer to the Bundesliga club.

"I would have liked to have played," he added. "I was with my agent in Dortmund and I was almost on my knees begging for permission to let me end the season in the Champions League with PSG.

"I simply had to pack my bags and I received a letter from the club's lawyer which said I was no longer welcome and could no longer come to training, not even in my final week. I found that unbelievable."

PSG overcame Dortmund in the Champions League to set up a quarterfinal tie against Atalanta on Wednesday in the mini-tournament in Lisbon.