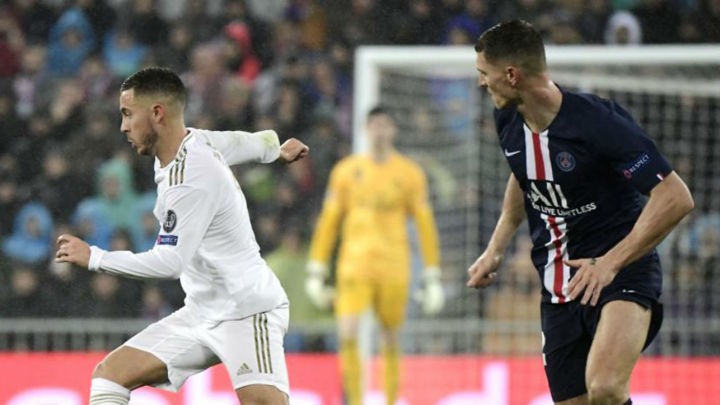 Paris Saint-Germain right-back Thomas Meunier has stated that he had no intention of injuring Real Madrid forward Eden Hazard when the two teams played in the Champions League on November 26.

"No, I didn't injure himp; he collided into me," Meunier told RTBF Sport.

The defender's contract with PSG comes to an end on June 30 and there have already been a series of top clubs linked with him.

"I've seen a lot of news linking me with Inter, Tottenham [Hotspur] and [Borussia] Dortmund, whose fans are more noticeable," Meunier said.

Given the current stoppage due to coronavirus, does Meunier think that PSG will play again this season?

"It will be done little by little, even behind closed doors.

"I hope to resume our first game in mid-May.

"If the season is called off, it will have many repercussions."