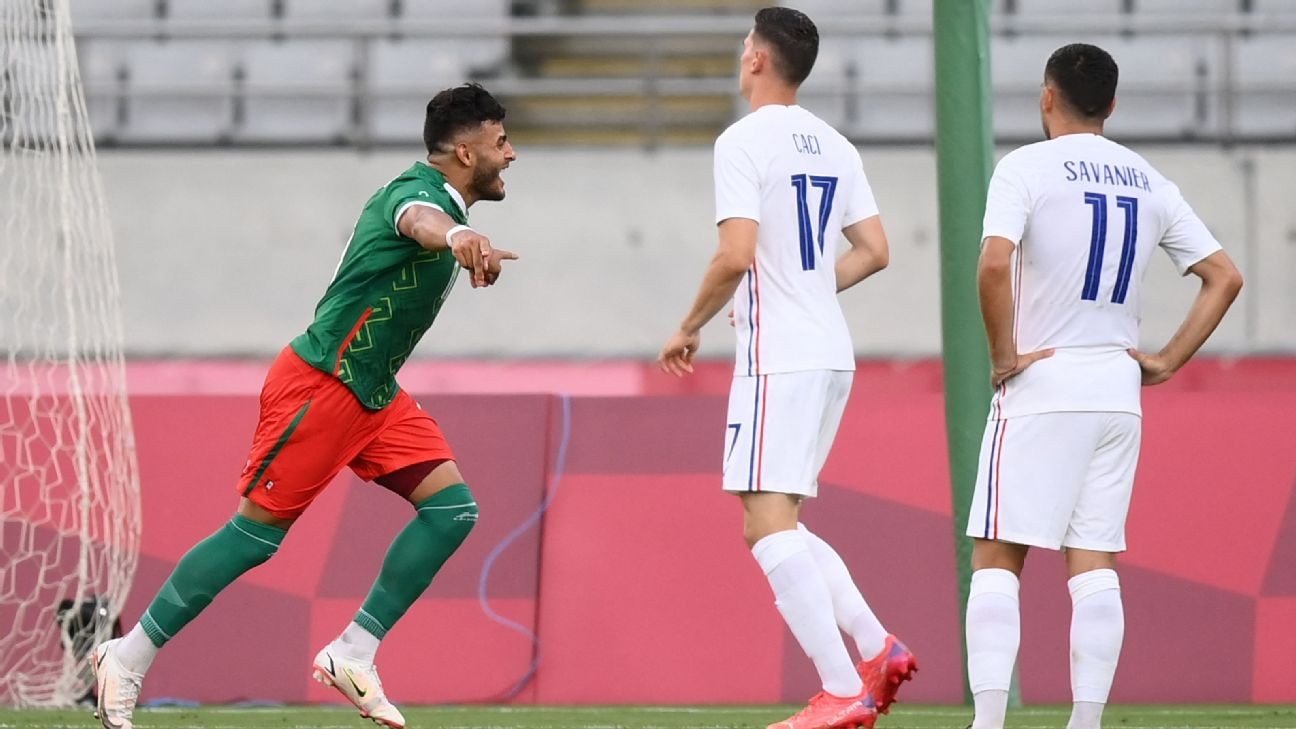 Alexis Vega and Francisco Cordova gave Mexico a 2-0 lead in the second half before Andre-Pierre Gignac converted a penalty to give France a foothold in the game again.

Uriel Antuna got a third in the final 10 minutes before Eduardo Aguirre scored in added time to wrap up the game for Jaime Lozano's side.

It was a relatively depleted side which lined up against Mexico on Thursday with Kylian Mbappe, Eduardo Camavinga, Houssem Aouar and Amine Gouiri not given permission by their clubs to travel to the tournament.

Mexico took advantage of their opponent's lack of star power and took the lead on 47 minutes when Diego Lainez floated a ball into the box and Vega headed it into the net.

The lead was doubled on 54 minutes by Cordova who hit a low shot into the bottom left corner of the net.

A clumsy foul by César Montes on Randal Kolo Muani in the box drew a penalty for France which Gignac confidently dispatched past Guillermo Ochoa.

Vega assisted Lozano on 80 minutes as he struck a shot into the bottom left of the goal.

Aguirre's goal on 91 minutes was the most impressive of the day. He dinked around the France defence to power a shot into the upper right hand corner of the net.