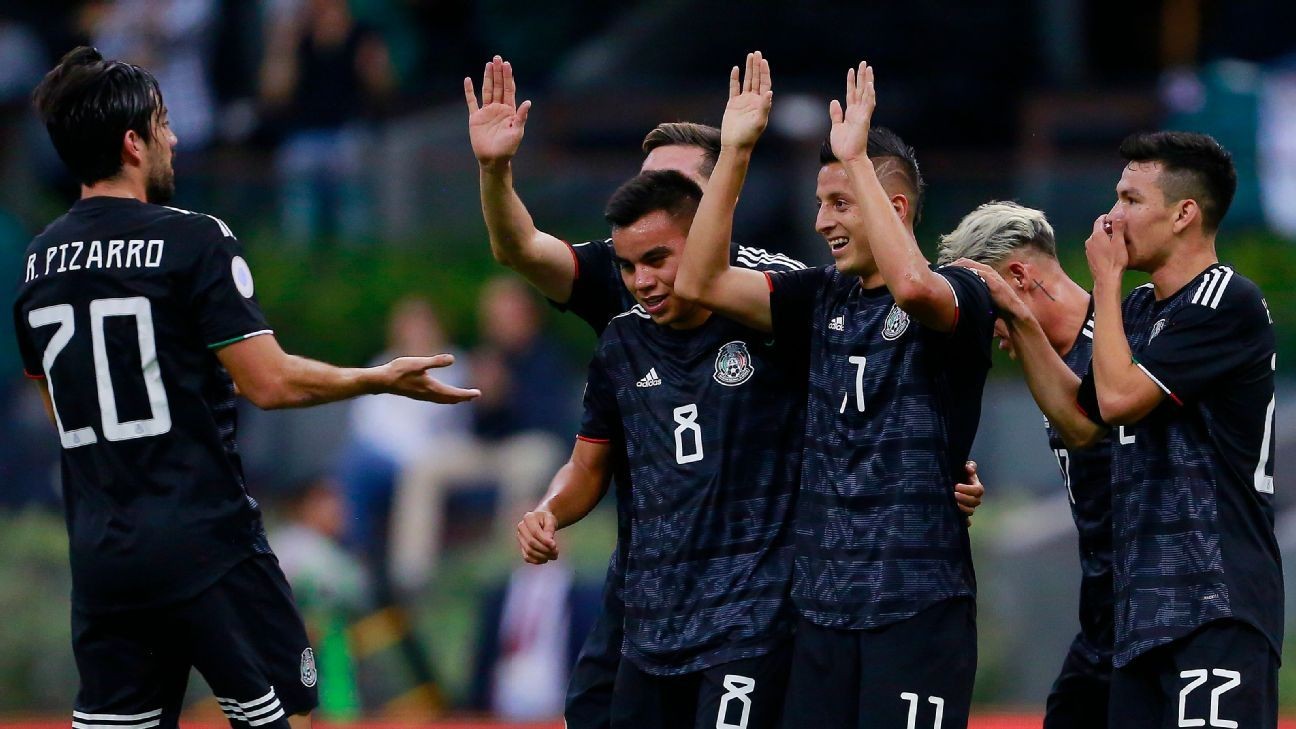 The Mexico men's national team will play its first game of 2020 on September 30 against Costa Rica at the Estadio Azteca, the federation announced on Tuesday.

The Mexico City friendly is likely to be behind closed doors due to the COVID-19 pandemic and will almost certainly only feature only domestic-based players from each nation, with the date falling outside of the FIFA international calendar window.

There are Liga MX games scheduled the weekends before and after the Wednesday friendly, with El Tri playing its second game of the year on Oct. 7 in Amsterdam against the Netherlands.

Mexico had friendlies against the Czech Republic and Greece last March, as well a game against Colombia and the CONCACAF Nations League "Final Four" tournament over the summer, but the March, June and September international windows were canceled because of the coronavirus situation.

Mexico will resume official games next March against Costa Rica in the semifinal of the rescheduled Nations League "Final Four." The reformatted final round of World Cup qualifying will also begin in June with eight teams involved, instead of the usual six.

Mexico, Costa Rica, the United States, Jamaica and Honduras have already qualified for the final round of CONCACAF World Cup qualifying, with the rest of the CONCACAF nations fighting it out for the final three spots.