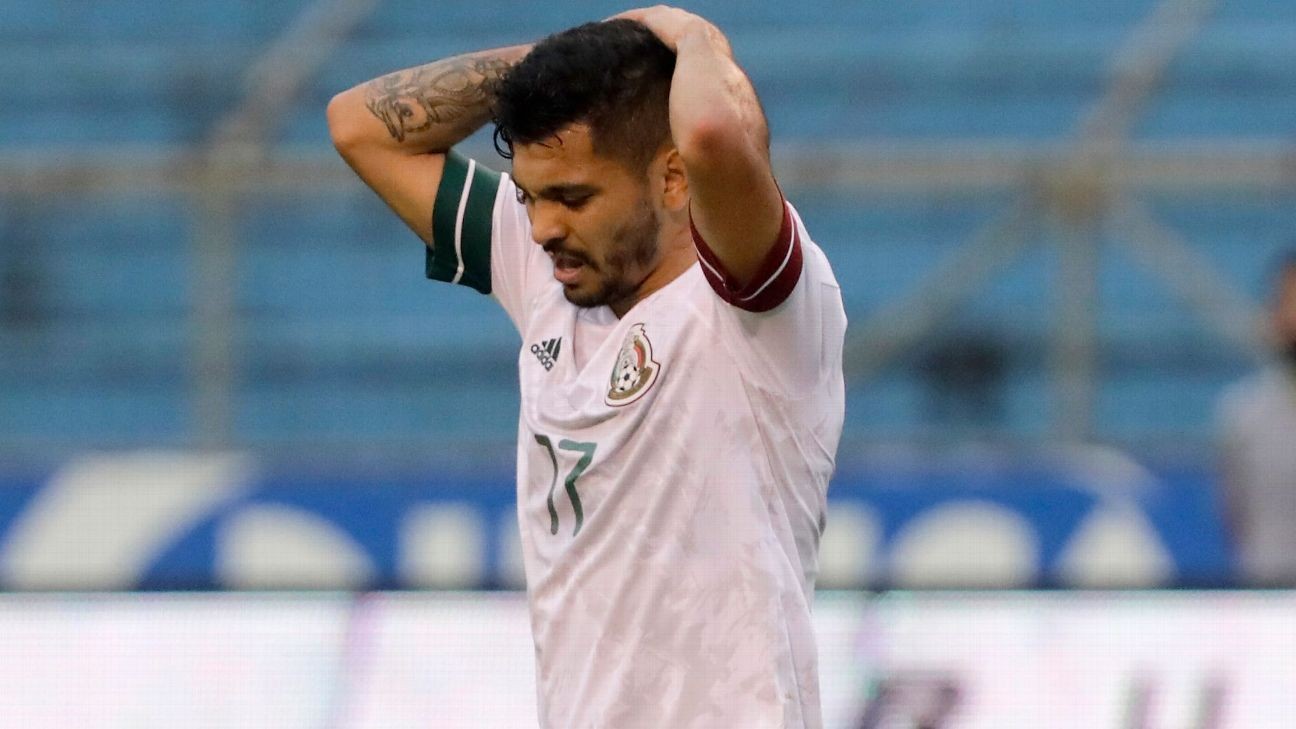 In World Cup qualifying, sometimes it doesn't matter how ugly a result is as long as you take home all three points. On Sunday night, this was the case for Mexico's men's national team as they snuck past Honduras with a narrow 1-0 victory in CONCACAF's Octagonal round of qualifying for Qatar 2022. With a lone goal from Edson Alvarez in the 70th minute, and not a single shot on target until the second half, Mexico escaped from Honduras with a messy but vital result.

"You had to be calm, patient," goalkeeper Guillermo Ochoa told TUDN after the final whistle. "The team showed character and tried to play the entire time. In World Cup qualifiers, what's important are the points."

With three more points in hand, El Tri need just a draw against El Salvador on Wednesday to earn an automatic place at the 2022 World Cup. A loss could even be enough, depending on the outcome of Costa Rica vs. United States. It's a fantastic position to be in --- especially with an intercontinental playoff spot guaranteed in a worst-case scenario --- but a bittersweet feeling remains about Mexico's national team.

Specifically, Mexico's attack and lack of goal scoring have caused worries. Against last-place Honduras, Mexico failed to find much creativity or imagination in the final third. Time and time again, they slowly moved the ball up the field and looked far too ponderous as they shifted the ball horizontally before inevitably losing possession or providing a poor pass.

It was undeniably timid and, unfortunately for El Tri, this wasn't just a one-off. In their previous qualifier against the United States, Mexico slumped to a 0-0 draw at home. Against Panama last month, a lone goal from a penalty in the 80th minute pushed them to a narrow 1-0 win. Prior to that, Mexico only had one shot on target in a 0-0 draw with Costa Rica.

El Tri haven't scored a goal from outside a set piece or penalty in their last four matches and in their last seven qualifiers they've only scored more than once on a single occasion. This is despite the fact that their famed frontline of Hirving "Chucky" Lozano, Raul Jimenez and Jesus "Tecatito" Corona have been available. On paper, they have a frightening combination of world-class players who are game-changers for their respected European clubs but, as of late, the trio have been incredibly underwhelming.

This isn't to say that the fault only lands on these high-profile names for Mexico. Elsewhere, others like Rogelio Funes Mori and Alexis Vega haven't been influential when placed in the XI either. Tactically, manager Gerardo "Tata" Martino has regularly taken too long to bring solutions off the bench and has struggled to motivate a squad that is often forced to chase late goals.

What makes things even more frustrating is that there are obvious answers in Los Angeles who are no longer in the picture for Mexico. LA Galaxy's Javier "Chicharito" Hernandez -- El Tri's all-time leading goal scorer -- hasn't featured for the national team since 2019 and unresolved behind-the-scenes issues with the Mexican Football Federation appear to be a factor in his absence. The 33-year-old striker, who was streaming on Twitch while Mexico stumbled to their narrow win on Sunday, recently retweeted a video of himself scoring for El Tri in the 2018 World Cup.

LAFC's Carlos Vela is another solution and arguably the most talented Mexican currently playing. Sadly, unlike Hernandez, who remains open about a return to the national team, the 2019 MLS MVP stated in February that his time is over with El Tri, having not played for his country since the 2018 World Cup.

And yet even if Hernandez, Vela, or someone else was brought in, there are no guarantees that Mexico would suddenly change their tedious style of attacking play. The good news is that there is plenty of time until the start of the World Cup in November. With a place at the finals virtually booked, there might also be some opportunities for younger alternates such as Diego Lainez and Santiago Gimenez in the starting XI against El Salvador on Wednesday.

As is often the case, a qualifying campaign can also look entirely different from a team's performance at the World Cup. Since 2000, Mexico have only finished top of CONCACAF's final round of qualifiers once in five appearances and in each of those five subsequent World Cups they've always managed to get out of the group stage. Earning a place in the tournament is the ultimate goal, regardless of how arduous that path might be.

That said, something needs to change for Mexico if they are to progress further. Whether it be giving opportunities to other players, altering tactics, or simply galvanizing the squad mentally, El Tri's attacking players are capable of playing at a much higher standard than what we've seen in their recent games.

As for Martino, even his staunchest defenders are beginning to scratch their heads and wonder if it isn't such a ridiculous idea to bring in a different manager before travelling to Qatar. If Mexico continue to fail in front of goal, with no sign of anything changes, then they may be left with no choice.