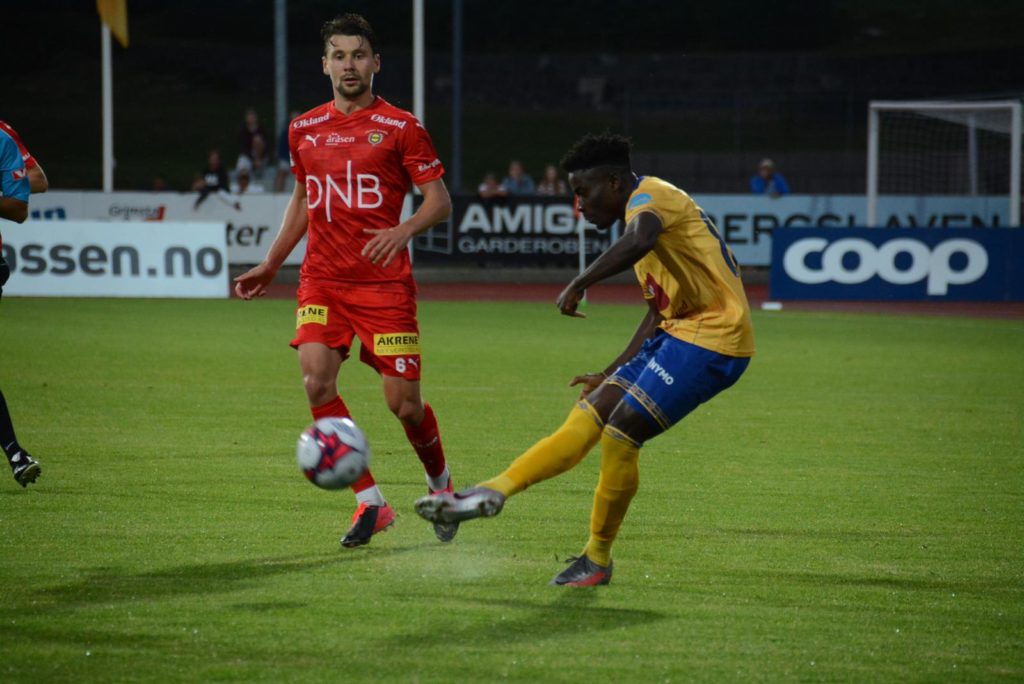 The 21-year old lasted the entire duration of the game, starring in the heart of midfield as Jerv extended their unbeaten run to eight matches on Friday night.

The hosts took the lead at the new Nammo stadium through Ghanaian forward Solomon Owusu in the 51st minute.

Following a spell of pressure right after the break by the hosts, Emil Breivik played in Kristoffer Nessø, who served Solomon Owusu with a neatly weaved pass, with the Ghanaian youngster rolling it to the net.

Baidoo was amazing in the middle, winning and distributing passes expertly.

Michael Baidoo, who joined Jerv on loan from Danish giants FC MIdtylland at the beginning of the season has now made seven appearances in the Norwegian first division.

The Wolverines have not lost a game with the Ghanaian playing this season.