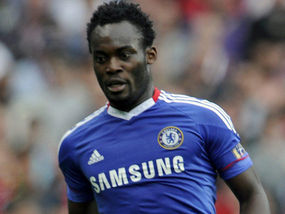 Ghana and Chelsea midfielder Michael Essien is delighted to have finally put an end to six months of worry.Â

Essien, a fortnight ahead of schedule after recovering from a long-term knee injury, came off the bench to play the last 18 minutes ofÂ Chelsea's 1-0 win over Sunderland on Saturday.

Essienâ€™s third serious knee ligament injury in three years just before the start of this season raised real concerns about his future.

But the quiet man, nicknamed â€˜the Bisonâ€™ for his sheer strength on the pitch, plunged himself into six months of unrelenting work after surgery in July â€“ and has reaped the reward.

Essien said: â€œSometimes itâ€™s difficult to understand why I keep getting injured â€“ but thatâ€™s part of the sport. Now I feel good about the future.â€

The midfielder is missing the Africa Cup of Nations after he is inly just recovering from the injury.

Watch video of an in interview with Essien below: