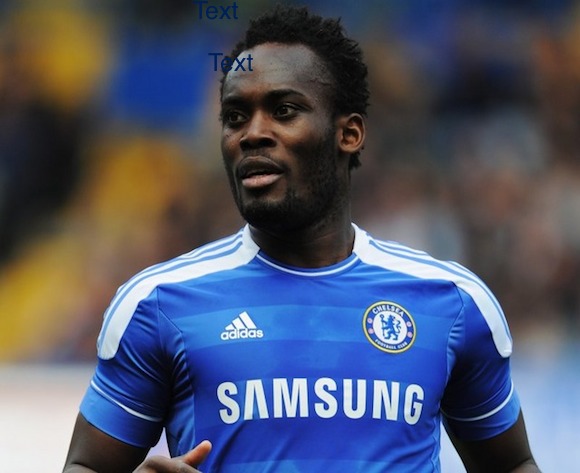 Michael Essien has described his goals against Arsenal and Barcelona during his spell at Chelsea as his best career goals.

In December 2006, Essien powered in a last-gasp curling stunner from range that earned Chelsea a point against Arsenal.

Chelsea fans later voted it the club's Goal of the Season. A brilliant strike it indeed was.

Three years on, when the Ghana international had regained full fitness after a two-month layoff, Essien scored another classic: a left-footed volley in the Champions League semi-final second-leg against FC Barcelona at Stamford Bridge.

Barca equalised through Andres Iniesta at the death, ensuring Chelsea missed out on a second successive final appearance on the away goals rule.

That notwithstanding, Essien's goal was voted the club's finest of the concluding season and was also nominated for Fifa's Puskas Award.

â€œIt is the Arsenal and Barcelona goals without a doubt. Although the two against West Ham with my head in the same game have to be up there,â€ he said.

â€œTo score two goals in one match with my head is memorable too. I enjoy watching the Arsenal goal because it saved us from certain defeat and we got a point out of that game.

â€œThe Barcelona goal brings back mixed feelings because they equalised and knocked us out in the end. Arsenal goal is number one for me.â€