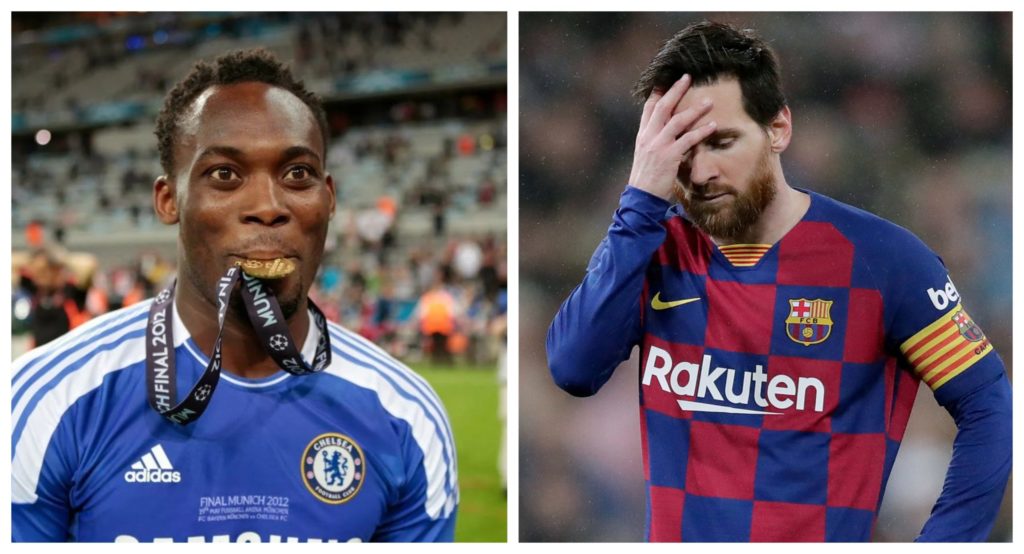 Ghana star Michael Essien holds the astonishing record of being the only player Lionel Messi has never managed to beat on the pitch.

The Chelsea legend and Messi, who is considered by many as the greatest footballer of all time, have faced each other eight times (551 minutes on the field together), with Essien not tasting defeat.

In the eight games, Essien, who spent a season with Barcelona rivals Real Madrid, won three and five ended in a stalemate.

At Chelsea, Essien faced Messi six times. Essien won two with four ending in draws while they faced each other twice in the El Clasico, with Essien winning one and other ending in a draw.

After Esien, German legend Manuel Neuer is the second player, Messi has struggled against. Messi has won just one game in six meetings with the world winner.

Followed by Brazilain Lucio, who boasts of three wins, three draws and one defeat against Messi.

Essien, 37, is without a club and is contemplating retiring from the sport. Meanwhile, Messi, 33, is forcing his way out of Barcelona as he aims to win more trophies.