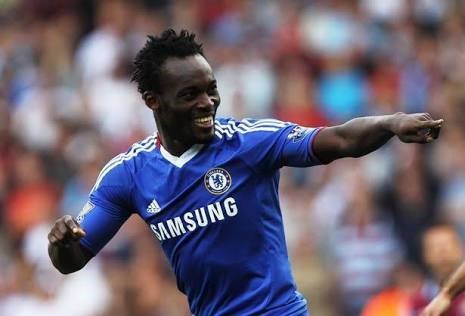 Michael Essien played for Chelsea in his prime

The Italian tactician guided the Blues to the English Premier League title in his debut season at Stamford Bridge but has had a disappointing second season in the league.

But Essien, who enjoyed nine successful years at Chelsea, has faith in Conte and his squad to turn it around next season.

“They had a fantastic season last year winning the Premier League,” the former midfielder said.

“This year for whatever reason they are not doing quite well. I mean it’s one of those things in football, you go up and down."

“They still have good players, a great manager to still lead the team."

“We’re all hoping they can finish the season very well.”

And the former Persib Bandung enforcer feels proud to have been a part of the club's rise under the ownership of Roman Abramovich.

“I’m quite blessed to be part of this generation that kind of put Chelsea where it is today,” Essien added.

“As you said back in the day people didn’t really know about Chelsea."

Chelsea look set to miss out on qualifying for the Champions League as they sit 8 points behind 4th-placed Tottenham, with the FA Cup their only hope of silverware.