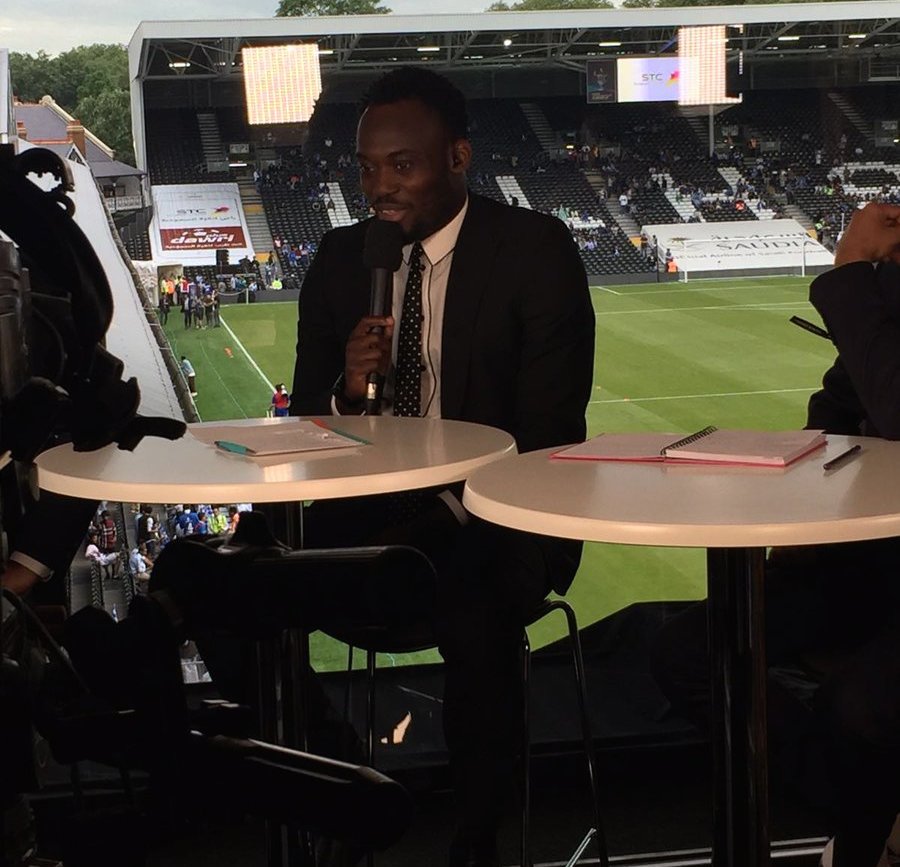 Chelsea and Ghana legend Michael Essien has started a new career in football as a pundit as he made his debut on Monday night during the Saudi Super Cup between Al Ahli and Al Hilal played in London, GHANAsoccernet.com can exclusively reveal.

The former Ghana international joined the panel on set for Saudi-based MBC Sports in a makeshift studio built at Craven Cottage.

This is the first time Essien has worked as a pundit and the industry in the Arab and Europe region is hugely lucrative.

Some pundits earn as much as £5,000 per appearance on match days.

Essien could land more jobs as a pundit in the Gulf region particularly Al Jazeera Sports which offers jobs for former footballers like Marcel Desailly and George Weah.

Al Ahli claimed the 2016 Saudi Super Cup with a 4-3 penalty shootout win after a 1-1 draw with Al Hilal at Craven Cottage.

Several fans traveled from Saudi Arabia to join many of their citizen living in the UK to watch the game.