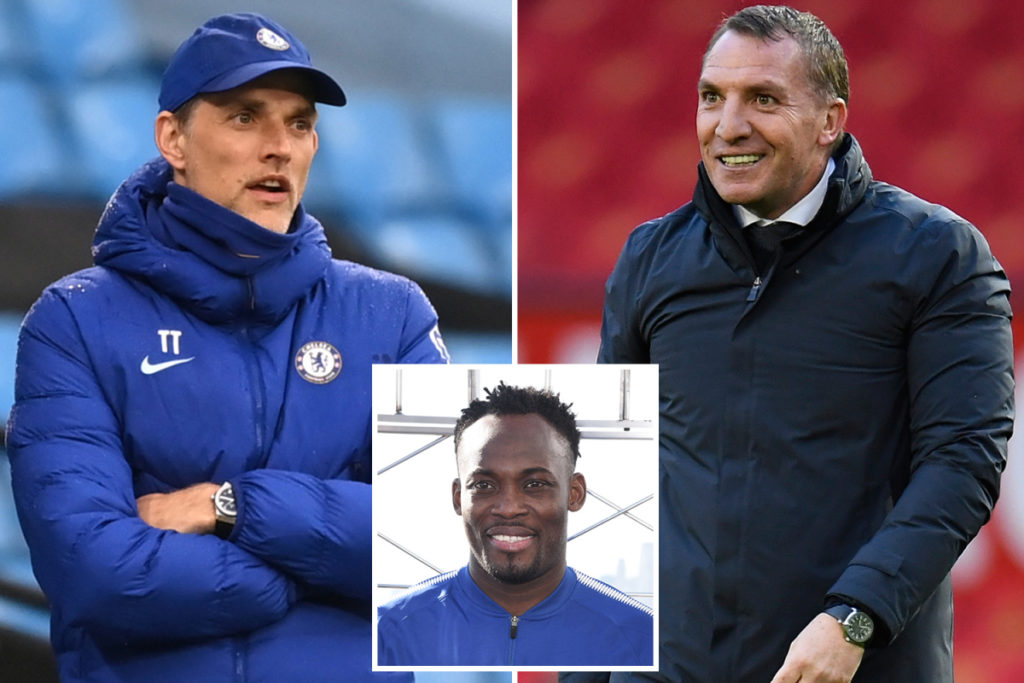 Rogers leads the Foxes to the FA Cup final against Chelsea on Saturday, a game Essien tips his former club to win.

"I know Brendan Rogers from our time at Chelsea – it would be great if he could come back and manage the team. I'm not the one to decide these things but it would be great to see him in the dugout for Chelsea," he told Ladbrokes.

"He did very well at Liverpool and was so close to winning the title. It didn't happen, so he went and won a lot of trophies with Celtic. He's since returned to the Premier League, where he's taken Leicester to a different level. If I could see him one day at Chelsea it would be amazing."

"It's not going to be easy for Chelsea this weekend; nothing good comes easy. I know Brendan Rogerd from his time at Chelsea. and I like him as a manager, he's very good. Leicester are definitely going to go all out for it, but I'd expect Chelsea to win on the day. I'm not very good at predicting scores, but I think Chelsea will win the game."