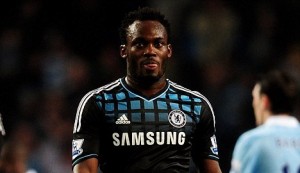 Ghana midfielder Michael Essien is prepared stay on at the Stamford Bridge unless the club want him axed, according to an English publication.Â

Club owner Roman Abramovich is reportedly planning a massive clear-out to offload senior players at the club with Essien mentioned as one of the players likely to exit the Stamford Bridge.

Juventus and Real Madrid have both been linked with a move for the 29-year-old but a source close to the dynamic midfielder says his future lies with the London club.

''Michael knows for sure that things are a bit harder at the moment. But he is an important player in the team and the coach knows that," the source told The Times.

"He is not planning to leave Chelsea anytime soon unless the club think otherwise. He is not for sale."

Essien moved to Stamford Bridge in 2005 from French side Olympique Lyonnais in an African record transfer fee.