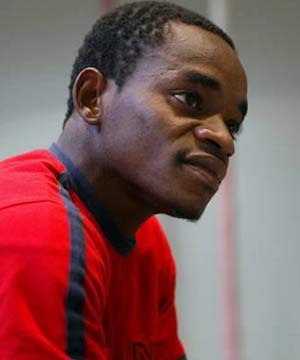 The 27-year-old midfielder was signed from Liberty Professionals in January.

Documentation of his transfer however got to the offices of the Premier League Board outside the transfer period - making him ineligible to feature for the Porcupine Warriors.

The Ghana FA's Player Status Committee however ruled Helegbe was fit to play for Kotoko following a favourable testimony by hisÂ former side, Liberty Professionals at the hearing on Friday.

This means the former national U-23 captain will be available to coach Maxwell Konadu for selection upon the league's resumption on March 11 when Kotok hosts All Stars.