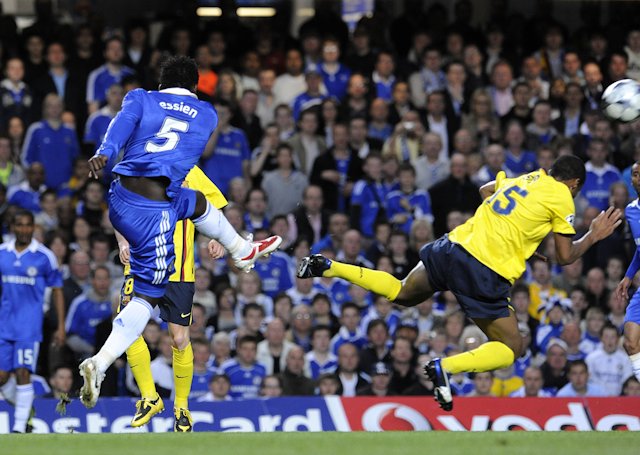 Former Ghana midfielder Michael Essien says his cracking strike against Barcelona in the semi-finals of the 2008/09 UEFA Champions League still remains fresh in the memory of the ex-Chelsea star.

The 35-year-old powerful strike was cancelled by Andreas Iniesta in the dying minute of the game as Chelsea exited painfully.

Essien describes the goal as one of the best in his football career.

“That game was very disappointing, it was a beautiful goal, one of the best goals I scored in my career against the almighty Barcelona,” he spoke to CheekySport.

“Is always going to stick into my head and stick into the fans head as well anytime they see me so is quite good.”

The midfielder was an established figure at Stamford Bridge in his nine-year stay with the Club where he won 1 UEFA Champions League trophy, 2 English Premier League titles, 4 FA Cups, 1 League Cup and 1 FA Community Shield.