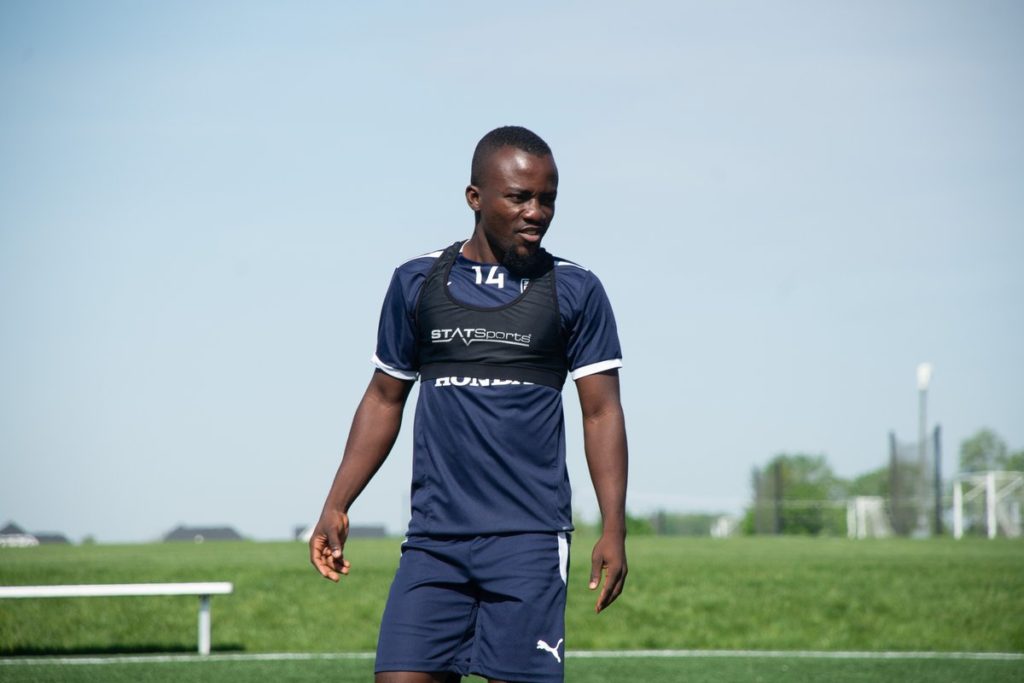 Solomon Asante played his first match for USL Championship side Indy Eleven on Saturday, 21 May 2022, in the 2-0 win over New York Red Bulls II at IUPUI Carroll Stadium.

The two-time league MVP entered the pitch in the 79th minute as head coach Mark Lowry shuffled his pack.

It took only eight minutes for Asante to provide some of the exceptional set-piece service he’s known for with a corner to the penalty spot.

But Arteaga steered his crashing header just over the bar.

Indy Eleven took the lead courtesy an own goal and striker Jonas Fjeldberg scored late on.