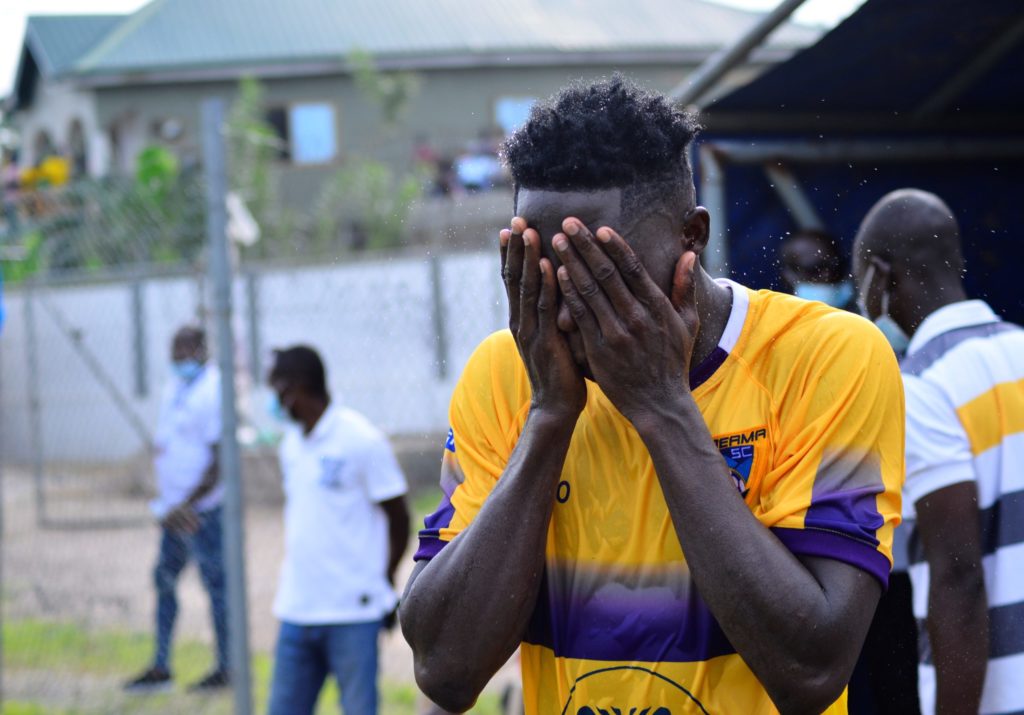 Medeama midfielder Justice Blay clinched the Man of the Match award in the side's hard-fought 2-1 win over Aduana Stars in Tarkwa on Saturday.

Blay impressed heavily as the Mauve and Yellow clinched their victory at home this season.

Medeama had drawn three home games against Great Olympics, Liberty Professionals and Asante Kotoko at the Akoon Park prior to the fixture against the Fire Club.

Boateng opened the scoring in the 7th minute with a cool finish inside the box after connecting from Abass Mohammed's flick.

Aduana pulled parity before the first half after his Bright Adjei's miscued shot appears to have been deflected to beat goalkeeper Frank Boateng.

The Mauve and Yellow returned from the break determined to win as they kept the heat on the visitors for the better part of the exchanges.

In one of those ensuing torrent, Agyenim Boateng walked the ball into the back of the net after a sublime build up from the two-time FA Cup winners.

This is a massive boost for Medeama who have been angling for a home win in four matches.