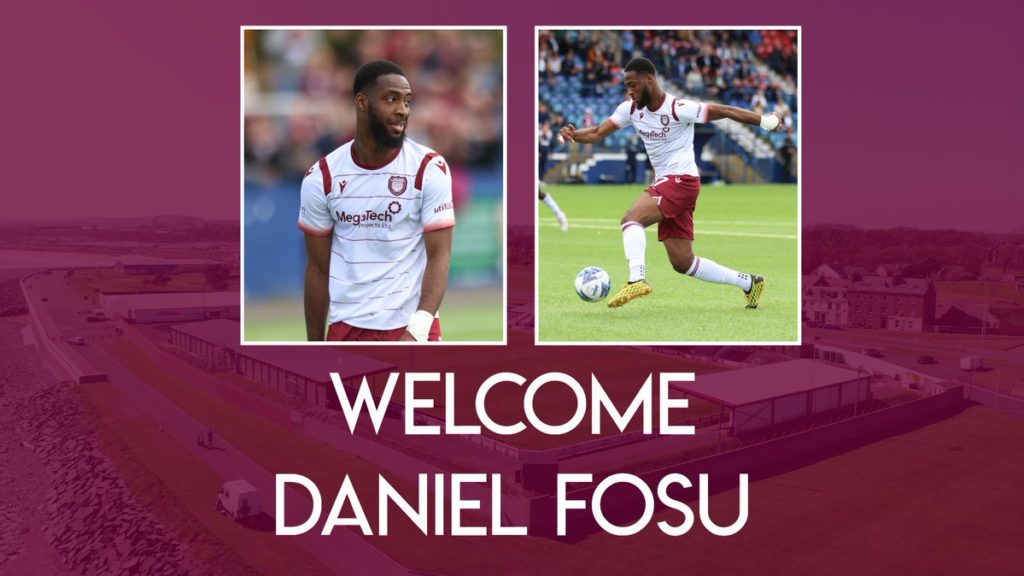 Scottish Championship side Arbroath FC have signed midfielder Daniel Fosu on a six-month contract, the club have confirmed.

The 23-year-old was handed a short-term deal after a successful trial session.

His stunning 20 yard volley which snatched the equalizer for Arbroath FC in their friendly match against Montrose on Saturday convinced the technical team about his qualities.

Fosu will wear the number 27 shirt for Arbroath.

Last season, he played with Thatcham Town who play in the Isthmian League South Central Division where he scored 12 goals in 33 matches.