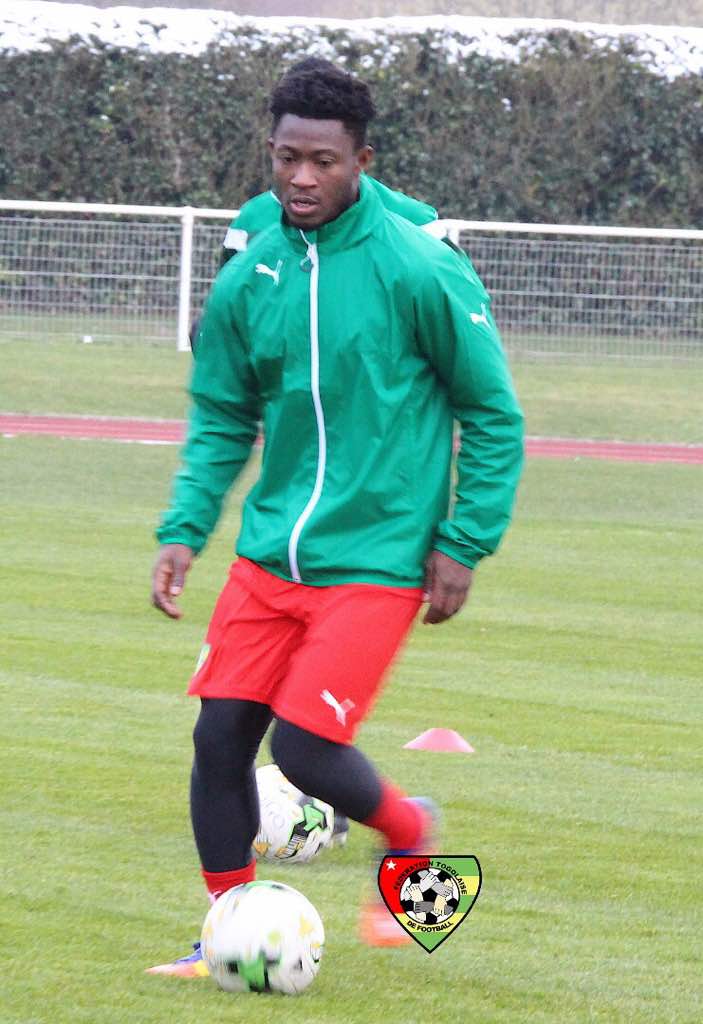 Former Ghana U-20 captain Ibrahim Moro has set his sights on helping Togo win their first trophy after he being granted a nationality switch.

Moro finally had his wish after he was granted a Togolese nationality last month.

The former New Edubiase United ace trained with the Hawks in Paris ahead of their friendly encounter against Ivory Coast in March last year.

But the midfielder’s hopes of donning the country’s jersey was truncated after FIFA denied him a nationality switch.

The 25-year-old could however mark his debut for Claude Leroy’s men this month in the final game of the 2019 Africa of Nations qualifier against Benin after FIFA finally granted him a nationality switch last month.

He expressed great joy ahead of his new adventure and hopes to help the country clinch her first laurel.

“I was nicely welcomed into the team by general captain Emmanuel Adebayor. He advised and gave me lots of hope that we can achieve greater things,” Moro exclusively told GHANASoccernet.com

“It was a fantastic interaction. I initially felt so shy to speak to him because of the respect I have for him but he was calm and it struck me that he’s a great person, I hope to learn a lot from him.”

“We have an experienced coach in Claude Leroy and the signs are clear that he’s building something great which I’d like to be part of. All the players in camp respect his decisions.”

Moro is unattached after leaving Danish second-tier side Silkeborg IF during the winter transfer window.

He has been linked with a move to Sweden, Norway and Italy.

Moro was instrumental for Ghanaian side New Edubiase United during their time in the Premier League before leaving for Swedish Allsvenskan side AIK Stockholm in the 2014 season.

He has gone on to play for Kairat Almaty in Kazakhstan and Turkish side Adana Demirspor.