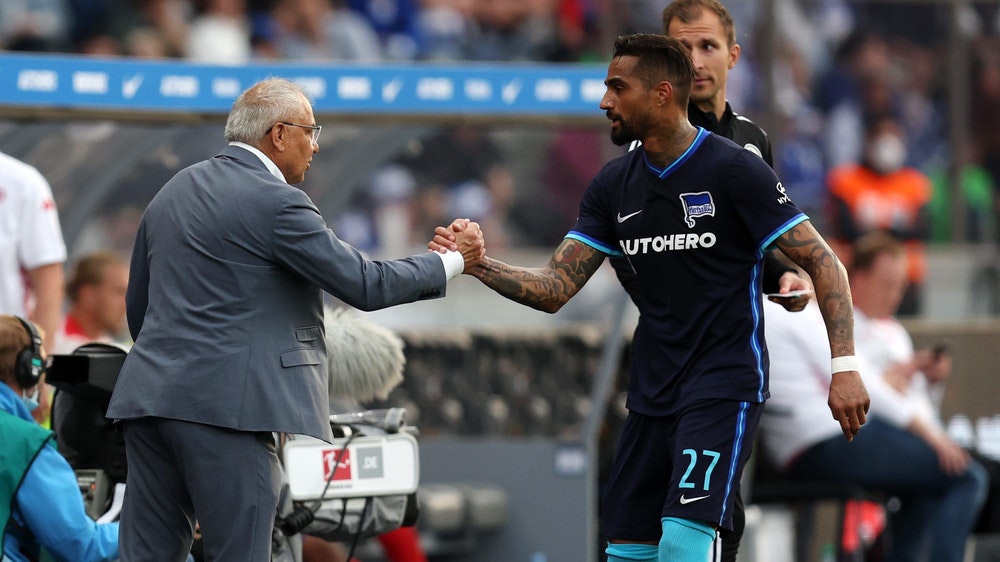 Hertha who are only three points away from relegation suffered a 2-1 defeat at home on Saturday in the Bundesliga which put a huge dent on their survival bid.

They travel to Borussia Dortmund on the last day next weekend where they will have to pick at least a point and hope VfB Stuttgart lose their match before they can be safe.

After the game, Matthäus was critical of Herta's performance on Sky TV:

"It wasn't what you brought last."

Then Boateng stood in front of the Sky microphone and responded to the ex-Germany star.

He was self-critical, but also fired against Matthäus:

"We weren't in the game, we weren't fresh in our heads. But I heard Mathäus, he knows everything again. Everything is bad here with us!"

"We lacked a lot, calm on the ball and cleverness. But it was the fourth game in a row at full throttle, so that can happen."

When Matthäus was back on Sky TV, he understood Boateng's anger:

"He's disappointed, expected more. They wanted to have a party here, now they're probably having it on the couch on Sundays. Hertha didn't perform as well as in the past few weeks."