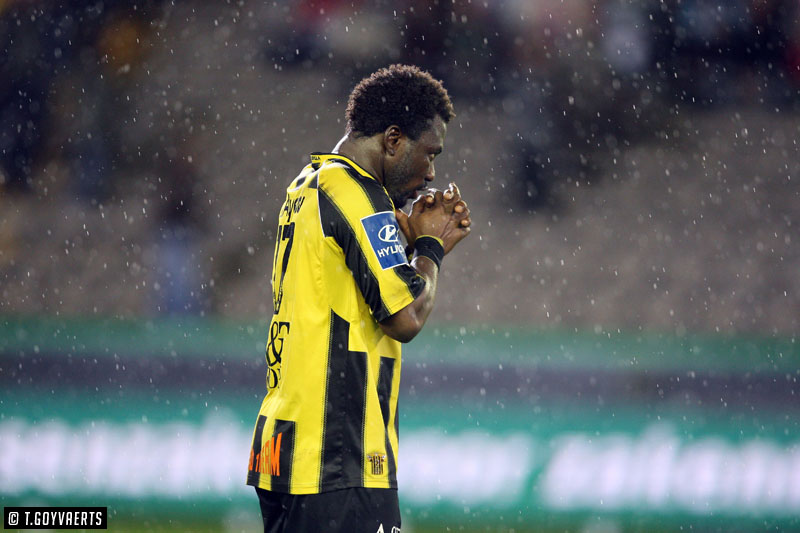 Midfielder Rahim Ayew has suffered yet another injury while in action for his Belgian club Lierse, GHANAsoccernet.com can exclusively reveal.

The 24-year-old had just returned from a notorious groin injury which kept him out for six-weeks.

The Ghana international according to doctors will now spend close to 4-weeks on the sidelines and though clearly devastated by the news, Ayew is confident he will make a quick recovery.

"The injury obviously came at a bad time - when I was warming my way back to regular action," he told GHANAsoccernet.com.

"I am mentally strong though and believe I will be able to recover in time and put this bad spell of injuries behind me so I start enjoying my football again."

The eldest son of legendary Abedi Pele begun the current campaign with aplomb, churning out impressive performances before being hit with a series of injuries.

His unfortunate spell with injuries ensured he was not named in Ghana's provisional 25-man squad announced on Thursday for next year's Africa Cup of Nations in Gabon and Equatorial Guinea.