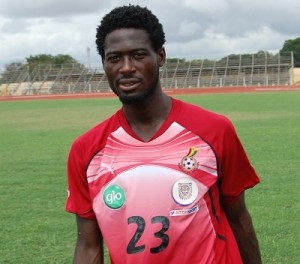 His side AshantiGold are yet to finalize his move to the Tarkwa-based side which finished third on the league table.

Medeama have been busy in the transfer market, augmenting their squad with high profile signings.

"We are still talking with AshantiGold and that we want to remain silent for now," A Medeama SC source told GHANAsoccernet.com

Cudjoe earned a national team call-up last September for a 2012 Africa Cup of Nations qualifier against Sudan on home soil.