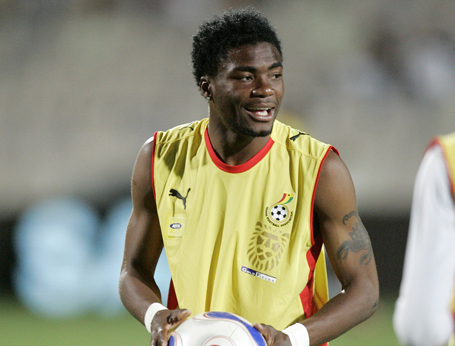 Midfielder David Telfer is close to sealing his return to Premier League side AshantiGold, GHANAsoccernet.com has learnt.

The 22-year-old has been training with the team for some time now and is set to sign a deal to confirm his status as an AshGold player once more again.

â€œDavid Telfer is in our camp and has been training with the team even during last season,â€ club CEO Kudjo Fianoo disclosed to Accra-based Great FM.

â€œWe wanted to sign him last season but prospects of an outside deal denied us but he has now expressed the desire to play for us next season.â€

Telfer left the Obuasi-based club in 2006 alongside Jonathan Mensah to join up with coach David Duncan at South African club Free State Stars.

However after completing his deal with the PSL side and failed attempts to land permanent deals in Europe, the ex Ghana youth star has now resolved to play in the Glo Premier League next season.

Details of a yet to be specified deal are yet to be made public.