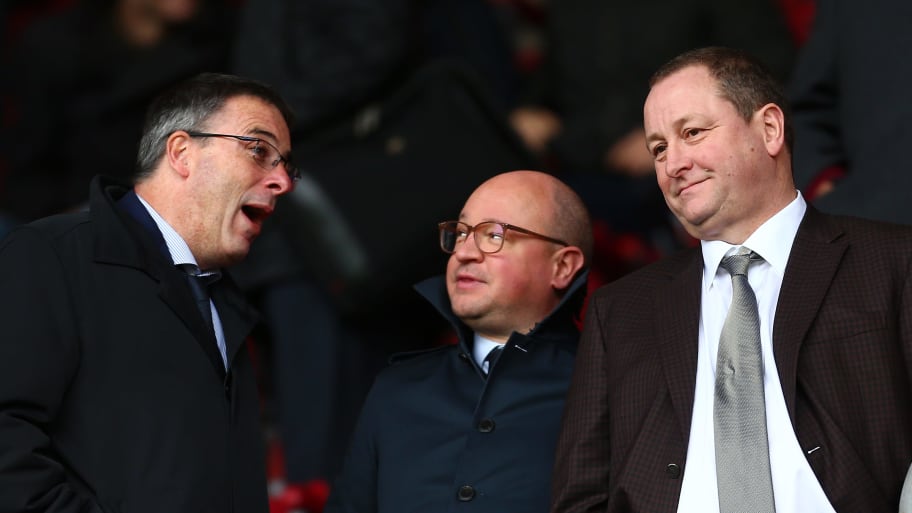 Exclusive - Newcastle United owner Mike Ashley has been left furious with the delay over their proposed takeover.

Ashley learned earlier this week that their arbitration hearing with the Premier League, which will ultimately decide if their proposed takeover by a Saudi Arabian led consortium can go ahead, has been delayed until 2022.

Ashley had hoped that the sale of the club for £340m to Saudi's Public Investment Fund, PCP Capital Partners and the Reuben Brothers would have gone through this summer, but Newcastle and the Premier League confirmed that will not be the case until next year.

A source close to the club told 90min: "Ashley is not happy at all all, he did not think this would be rumbling on into 2022, he wants this finalised. The consortium is still keen to do a deal, but nobody knows how long that will last. It could be indefinite.

"The fans are angry too, but what more can Ashley do? He has found a buyer, but it is the Premier League who have stopped it."

90min understands that Ashley had not planned a lot for this summer, as the new owners had – and do have – big plans for the club, which is more than likely to see manager Steve Bruce removed from his position sooner rather than later.

That is now not the case, and Bruce will most likely now get another season at the helm of his hometown club.

Bruce will be given the green light to press ahead with some transfer plans, but that may not include too many with transfer fees; with their budget likely to be less than £20m. Ashley is not looking at big moves, as he still firmly believes the takeover will go through following arbitration.

Irish midfielder James McCarthy is a player that Bruce’s highly-rated coach Graeme Jones is a big fan of following their experiences at Wigan and Everton together. He is one of the players who has been waiting to see if Crystal Palace will offer fresh terms, although it is believed the chance to link up with Jones at Newcastle is a huge lure.

Celtic had previously held talks with McCarthy, while Burnley and West Ham have also been linked with a move. Outside of the 30-year-old, Newcastle are also exploring their options in the loan market.